The Syrians Who Turned Themselves in at the Border Are Christian 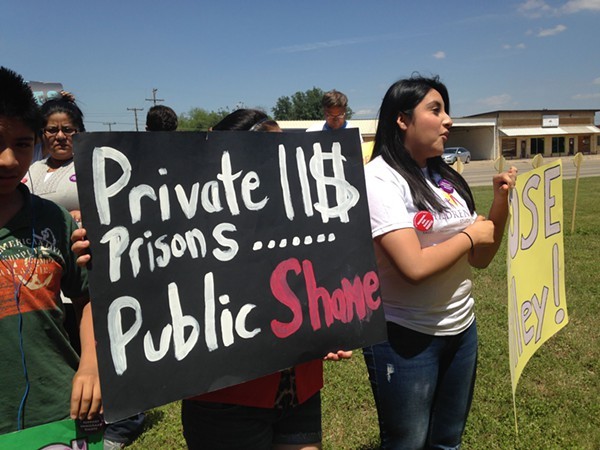 The immigration advocacy group that provides legal services to people detained at the border and incarcerated in detention facilities says the two of three Syrian families who surrendered at the border in late November are Christians.

RAICES is representing three families, two of which gave the organization permission to speak to the media, sans any personal identifying information.

"The situation with these Syrian families now being held in family detention just further highlights the Obama Administrations failed experiment of family detention. All of our clients have fled extreme violence only to be jailed here in the United States," RAICES executive director and attorney for the two families Jonathan Ryan says in a press release. "Court after court has found the Administrations actions to be illegal and unconstitutional, the administration needs to end this practice of family detention and it can do that by paroling our Syrian clients."

RAICES says both families passed the credible fear test and should be released, but last Friday, parole was denied. The reason was "Law Enforcement Interest," according to RAICES, which says both families passed background checks and should be released on parole. Texas immigration judges say they don't have jurisdiction to release the families, according to RAICES, which says only the Obama Administration can grant them bond or parole.

"President Obama has stated numerous times that, we as Americans are better than to turn away refugees in need. We call on the President to stand by his words and end this nightmare of family detention and to free these Syrian families," Ryan says.