The Temptations Are Coming to San Antonio 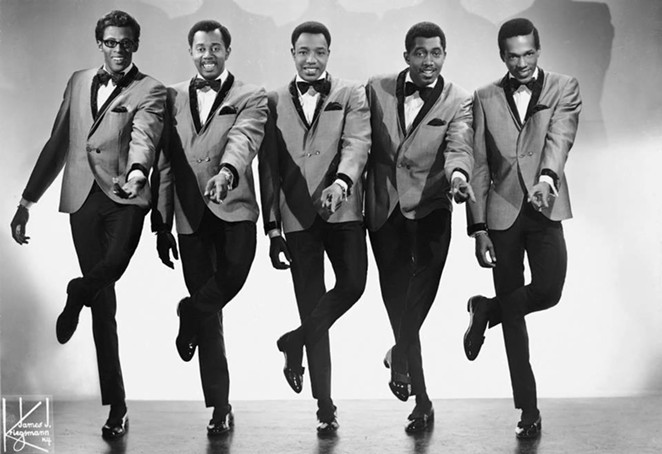 Before the term “pop music” became synonymous with Madonna and Britney Spears (facts, not shade, hunty), groups like The Temptations (one of the many groups to emerge through the Berry Gordy’s Motown Records) were on the forefront of music and were paramount in paving the way for generations of pop stars to come after. Yup, for over half a century now the group has continued to deliver their smooth stepping, fabulous harmonies and flawless live shows all over the world, which has made them icons in the annals of American music.


On Thursday, November 16 the group (along with original member Otis Williams) will be headed to The Majestic along with The Four Tops, another Motown Records group that got their start in the early ‘60s.


If you’re a sucker for the old school, and dig Temptations' hits like “My Girl,” “Since I Lost My Baby,” and “Ain’t Too Proud to Beg,” or you just want to see what real pop music was all about, this is one you probably won’t want to miss.

Tickets go on sale this Friday, September 29 at 10 a.m. Tickets will be available in person at the Majestic Theatre Box Office, online at ticketmaster.com, or charge by phone at (800) 745-3000. All tickets subject to applicable service charges and fees.

The Temptations The Majestic Motown in San Antonio Four Tops