The Texas Cupcake King Is Really, Really Concerned About Image 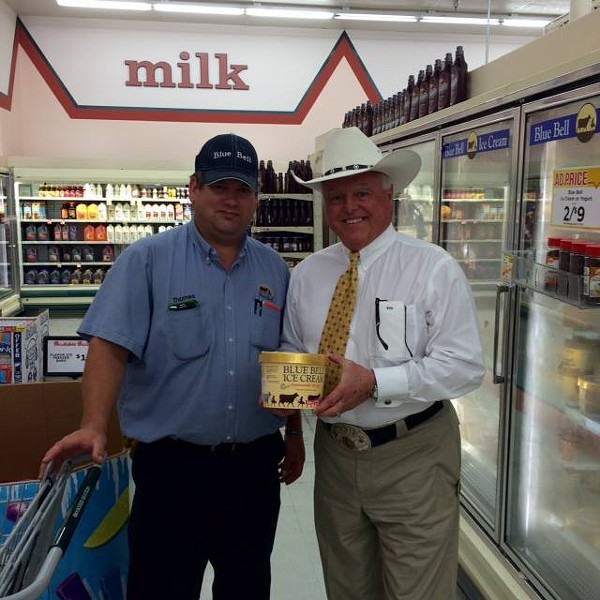 Turns out Texas' king of the cupcakes and deep-fried advocate for unhealthy alternatives in school cafeterias thinks image is everything.

Fourteen minutes before midnight on Dec. 31, 2014, the man who was one week away from becoming Texas' next agriculture commissioner sent an urgent email to his top lieutenants.

"This must be the worst picture that has ever been taken of me," Sid Miller wrote to his longtime political consultant, Todd Smith, and his soon-to-be deputy, Walt Roberts. "Where ever [sic] it is I want it taken down immediately. I hate this picture." Copied on the message was Bryan Black, a spokesman for the Department of Agriculture.

Eighteen minutes after the New Year rang in, Black sent a frantic message to the department's communications staff. "We have a situation, Commissioner Miller can't stand his photo," he wrote. "We need to get something [different] ... IMMEDIATELY."


The Tribune requested the image, but Miller's office didn't follow up, which is too bad, because we'd love to see it.

Miller first made headlines after his election for offering cupcakes amnesty:

AUSTIN – In his first official act as Commissioner of Agriculture for the State of Texas, Commissioner Sid Miller today announced amnesty for cupcakes during a press conference in Austin. Today’s event was part of an effort to spread the word to all Texans that the Texas Department of Agriculture (TDA) does not prevent parents from bringing cupcakes to their children’s school.

“We want families, teachers and schools in Texas to know the Texas Department of Agriculture has abolished all rules and guidelines that would stop a parent from bringing cupcakes, cookies or snacks to school,” said Commissioner Miller. “This act is about providing local control to our communities. I am evaluating agency policies and procedures to ensure we are in touch with Texas consumers, while also decreasing state regulation and expanding local control.”


As silly as that seems for the first big announcement from a newly elected Ag Commissioner, Miller must not have seen how his nonsensical amnesty plan for cupcakes effected his image.

However, the Tribune's request also showed that Miller is hands on and will deal with individual consumer complaints and even politely answers emails from people who are critical of his decision to allow sugary sweets and deep fryers back into schools.