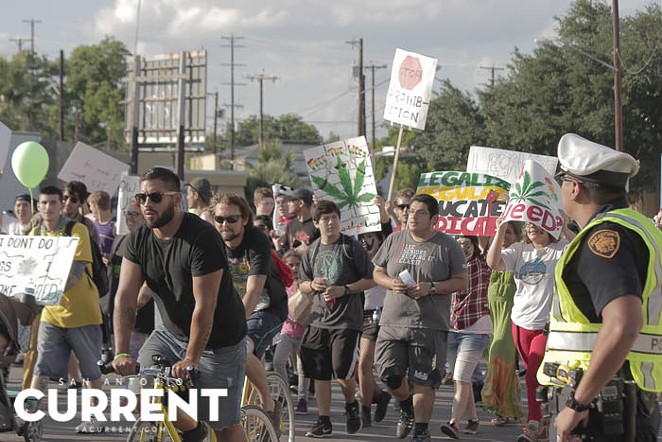 After nearly dying in committee, a bill that would decriminalize possession of an ounce or less of marijuana was revived and voted out of a Texas House committee.

House Bill 507 would eliminate jail time and criminal records. Instead, people caught with an ounce or less of pot would pay a fine.

Initially, the bill failed by a 3-2 vote in committee, but it was brought back up and passed with a 4-2 vote.

The next step is a vote in the House of Representatives.

The San Antonio chapter for the National Organization for the Reform of Marijuana Laws (NORML) is already calling Alamo City weed advocates to action. Today the group is working with the Marijuana Policy Project to collect signatures asking Rep. Lyle Larson to schedule the decriminalization proposal for a vote.

There is a companion bill in the Texas Senate, which is still in committee.