The Time Our Food & Nightlife Editor Didn't Drink for 12 Days 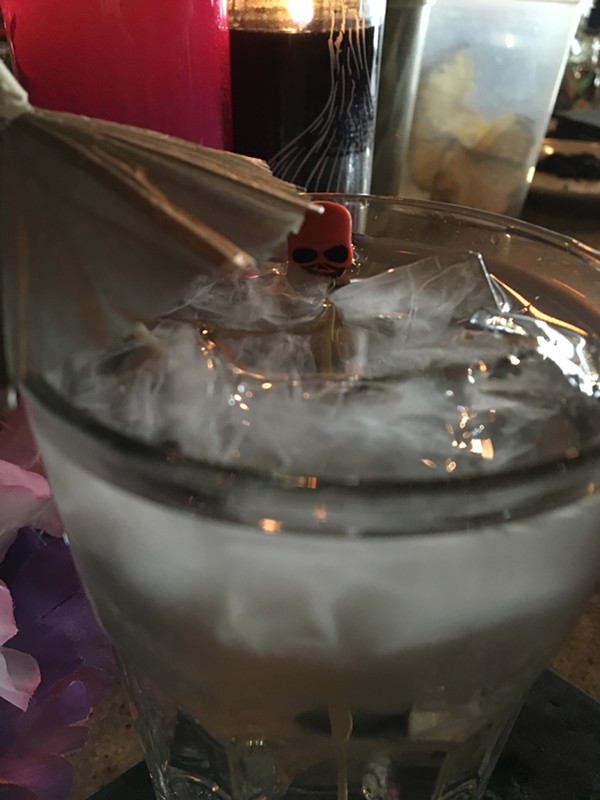 Detox, fasts, cleanses (I've been on one of these already and it wasn't my jam) often serve a purpose. Whether it's to springboard into a new healthy lifestyle or rid the system of impurities, cleanses are a thing.

This past June, instead of dropping all white foods, limiting sugar or cutting out red meat for x amount of days, I went dry for just under two weeks.

As food and nightlife editor, half of my gig is finding great drinking spots. Like any warm-blooded San Antonian, I'm a fan of margaritas (frozen at Sanchos during happy hour). Like any goofy millennial, I'm partial to craft cocktails (the more tinctures and tiki garnishes the better). Like any good Texan, I love Deep Eddy vodka (lemonade is bomb with Topo or a strawberry Jarrito, by the way). And like most Americans these days, I'm leaning more towards craft beer than big brewers (Freetail's Piñata Protest is a fave), but I'll literally never pass on a $2 tall boy. I still need to buy a Rosé All Day T-shirt (for when I'm feeling most basic). Oh, and I've been known to slam a daiquri or two at Stay Golden.

My point being I love booze. I love learning about it, seeing how it pairs with different juices, tasting differences between ales, discovering I'm a fan of unfiltered sake, following trends. Some folks can nerd out on coffee for days, but if you want to talk spirits, bubbles and brews, I'm your girl.

Moreover, alcohol is a great ice breaker. It brings people together (see: Cocktail, San Antonio Beer Week, the San Antonio Beer Festival, just about any happy hour ever) and lets them unwind. It's definitely a social lubricant, but what happens when you're a fairly sociable person as is?

For starters, it adds up — in more ways than one. Craft beers carry a hefty calorie count, as do balanced cocktails, and they're not entirely cheap either. A night out means $7-$10 drinks, plus a 20 percent tip, plus Ubers, and this doesn't factor in multiple stops, or the multitude of themed nights (Drake night at Rumble, Tiki Tuesday at Brooklynite, Tiki Thursday at Park Social, the opening of Squeezebox, etc.) that I somehow can't turn down.

No, I don't drink to "excess." Although I'm fairly clumsy while completely sober, I make it a point not to stumble out of bars. But when the night starts at 5 p.m. at happy hour and ends at 1:30 after 10 drinks, or when I start drinking at 1:30 p.m. over beers and keep going until I'm "dancing" to '90s jams at Brass Monkey on a Sunday drinking pickle shots and $2 anythings until 2 a.m., I'm not entirely sober either. God bless ride-shares.

The CDC lists several frightening stats on binge drinking: Approximately 92 percent of U.S. adults who drink excessively report binge drinking in the past 30 days; More than half of the alcohol consumed by adults in the United States is in the form of binge drinks; Although college students commonly binge drink, 70 percent of binge drinking episodes involve adults age 26 years and older.

In an effort to cleanse and in what turned out to be a fun experiment, I cut out the booze for 12 days and here's what I learned.

It's not socially acceptable: No, really. The amount of stares and bewildered gasps my declaration drew from several close friends was downright laughable. Was I sick? Did I get in trouble? Was I trying to lose weight? Am I (gasp) pregnant? All questions I had to answer on multiple occasions. Yes, I drank a ton of Topo. I probably drank a a case and a half of Topo Chico while out and about during my dry period. It's refreshing AF. Still, not having a drink in hand continued to draw stares. Mocktails are key: Because I wasn't going to stay home all together, I found it incredibly useful when bartenders were up for crafting mocktails, or booze-less beverages. At Rumble, Stephanie DiMuria obliged in creating something light and fresh that combined mint, simple and a splash of soda. Over at Francis Bogside, one of the barkeeps made a sweet number of muddled berries and mint. Both topped with a garnish, the drinks allowed me to ditch the booze and keep the questions at bay.

Weekends are rough: Again, being the social person that I am, penciling in weekend hangs with pals was difficult. Even if I did join them, the questions became tedious. It should be completely acceptable for someone to not booze it up.

Staying out was a pain: Ugh. Maybe I'm better able to cope with whatever drama's going on lately while slightly buzzed. Maybe the booze makes it so I don't care if I've been standing all day. Maybe I suffered from FOMO and my sober period made me realize I wasn't actually missing out much?

That first hangover will wreck you: My endurance was admittedly low after 12 days of no alcohol, but I was completely unprepared for how horrible that hangover would be. In honor of Tim Duncan Day, I, along with other ne'er-do-wells, enjoyed 21 cent Lone Star at Bottom Bracket Social Club. In total, I may have had a little more than 2.5 beers, but I was goofy after the first one and gone by the time I stopped drinking. My hangover lasted well through the afternoon even with the usual breakfast taco cure and plenty of Topo Chico (I really should consider buying stock). I'm obviously not 22 anymore, but I also didn't think three-ish beers would derail me and my morning plans so wholly.

It's hard to jump back in: Perhaps the goal of my experiment was finding a sweet spot. These days I'm usually set with a drink or two while out, and I've hardly considered climbing back into my old ways of 10-plus drinks on weekends.

Hitting my reset button helped me step back and realize I had established not-so-healthy patterns. I'm by no means trying to be preachy, but taking that step could help us all before we end up driving through a Whataburger drive-thru in our undies. Two weeks might have not developed a habit — I have a job to do, after all — but I'm pretty sure my liver thanked me for it.