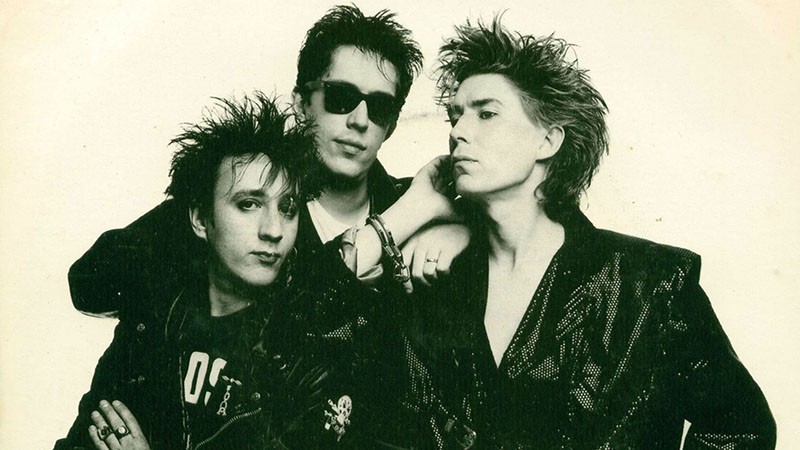 With a velvety fondness for sunglasses, the Psychedelic Furs emerged from the London punk scene in the late '70s with a predetermined swing at success. As brothers Richard and Tim Butler got the band together, they met with the Manfactory Wave label, polishing a moneymaking sound that held on to the excitement of punk.

Through the '80s, the Furs moved in a hurry down a commercial road, tidying up on new wave pop albums like Talk Talk Talk and Forever Now. "Pretty in Pink," a single from '81's Talk, caught the ear of director John Hughes, inspiring the suburban master to write the '86 Brat Pack flick of the same name. After the Furs got the Hughes/Ringwald treatment, the band couldn't miss on the Billboard charts, but whiffed on creative integrity with albums like '87's Midnight to Midnight.

Throughout the varied sounds of the Psychedelic Furs' career, you can carbon date the records by the style of the saxophonist. On Talk and the self-titled, pink-toned debut in 1980, Duncan Kilburn's sax is a honking thing, fitting in neatly with the jangly rhythm in the backdrop or coming alive like a clean, untreated guitar in solos.

Though the sax became a distinct presence of the Psychedelic Furs' style, it came about in an indistinct way. "When we first started out in our parents' front room, Duncan was a friend of my other brother Simon," said bassist Tim Butler. "He came round and he had a sax, he was learning to play. We said 'Oh, come over and jam with us.' We didn't plan to form a band that had a saxophone. How many rock bands have saxophones? It helped set us apart from 99 percent of other rock bands and makes our sound really distinctive."

"Any one of those albums—the first, Talk Talk Talk—I think they could come out now and they could fit right into the music that is happening now," said Butler. "For us, it's a real pat on the back. That we did OK back then."