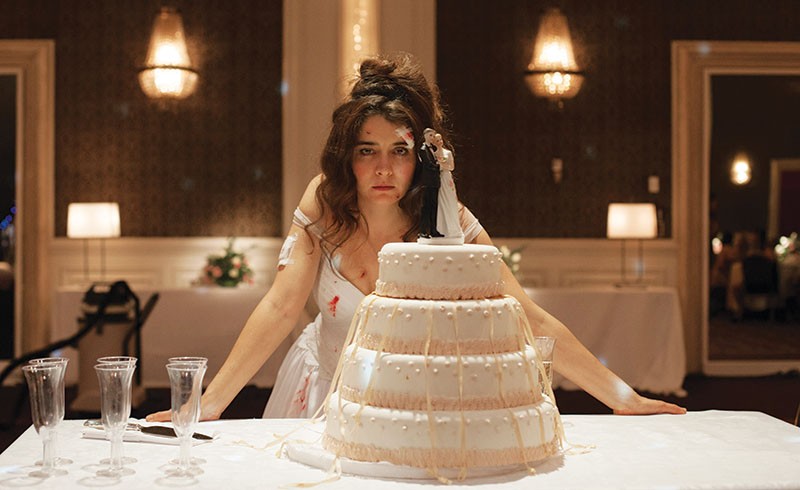 If 2013 was the year of the American Dream film (The Wolf of Wall Street, American Hustle, Spring Breakers, Pain and Gain, The Bling Ring, Nebraska), then 2014 was most definitely the year of the revenge film. The quest for righteous vengeance in a world devoid of moral centers spurred the plots of studio blockbusters (The Equalizer), mid-level genre pictures (John Wick), foreign films (the excellent Hungarian movie The Notebook) and indie releases of the major (Calvary), minor (Blue Ruin) and virtually invisible (Heli) variety. Even the two most popular films at the domestic box office in 2014 — American Sniper and The Hunger Games: Mockingjay, Part 1 — were about characters struggling with and paralyzed by their urge to dole out some good old-fashioned payback.

All of those films were just appetizers to the main course of Wild Tales. Argentinean writer-director Damián Szifrón's black comedy anthology, which played festivals throughout 2014 and was nominated for a Best Foreign Language Film award at the Oscars, is the godfather of modern revenge films, the granddaddy, the boss, the great pumpkin. Wild Tales is the revenge film to end all revenge films, a glorious and bonkers blast of visual creativity and storytelling energy, and one of the most purely entertaining films of the year. If the naughty-boy, early-1990s ouevres of Pedro Almodovar (who co-produced the film with his brother Agustín Almodóvar) and Quentin Tarantino were somehow able to copulate, then Wild Tales would be their sick and beautiful sextuplet offspring.

A mostly juvenile sensibility reigns in Wild Tales, but it's perfectly pitched, as though the funniest kid in your high school became Scheherazade for two hours, regaling you with darkly humorous stories of corruption and retribution. Like a vicious predator, the film sinks its claws into your neck before you even see it coming — the opening story, a hilariously evil chamber comedy set aboard an in-flight airplane, is one of the great pre-credits "grabbers" in recent cinema history. Szifrón lures us into a defenseless posture by focusing on banalities — a rolling suitcase, a question about airline mileage points, the roar of the airplane engine, an older professor making time with a young runway model across the aisle — until a casual conversation reveals that the disparate passengers are all linked by a malevolent figure from their pasts.

It's a sublime sequence, like Lost without all the ghosts and angels bullshit, and culminates in an uproarious freeze frame that assures the viewer that they're in completely lost hands. If you're not rooting down in your seat in anticipation of a great time after that opening sequence, then you're not on this film's wavelength and you never will be, and the remaining five stories will have little to offer you. The miracle of the scene, and of Wild Tales as a whole, is that despite the reprehensible and inhuman behavior on display, the film is always more funny than stomach-turning.

Nothing else quite matches the impact and concision of that first sequence, but the stories progressively expand the film's notions of justice while redefining its position on the righteousness of revenge. Szifrón keeps finding new variations on the same theme, and although the film lacks the moral fiber and narrative overlap to form a grand "idea," most of the stories are rooted in the concept of Argentina as a hotbed of corruption and class war that burns everyone it touches. The final story, a delirious tale of a joyous wedding reception that becomes a hell on Earth, seems to offer a ladder into a world of reconciliation and acceptance, but not without smashing a few mirrors first.

I know very little about the 39-year-old Szifrón or his future prospects — contrary to many reports, Wild Tales is actually his third feature film, not his debut, though it's his first since 2005, and he has spent most of his career working in Argentine television — but it seems that Wild Tales heralds the arrival of an exciting new talent.  It may be that Szifrón blew his creative wad with this ambitious film, and if that turns out to be the case, at least it's a wad to remember.