The Women of Warped Tour

by Grant Carfer and Travis Buffkin 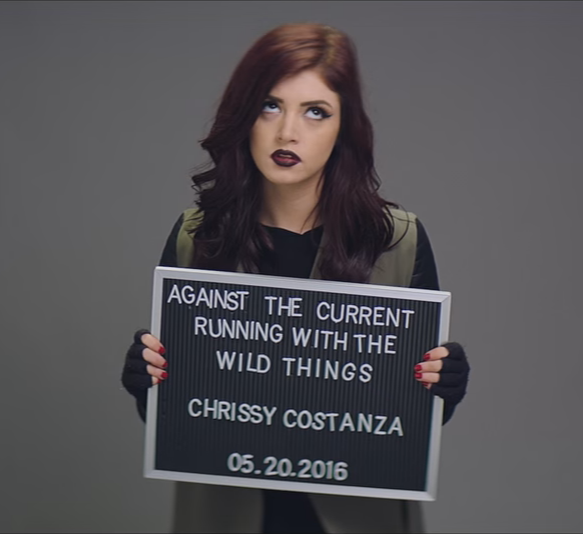 The Vans Warped Tour, now in its twenty-first year, is older than most of its devotees – the pubescent masses that descend upon the AT&T Center one day every summer to bang their heads, snap selfies with their fave bands and bake in the sun. The annual alternative music festival set to drain the local malls, skate parks and roller rinks, despite having a vast female crowd, is primarily dominated by dudes – not unlike most music festivals.

However, that doesn't mean there aren't some righteous babes playing (no, not Ani DiFranco). We have gathered a list of some of the female artists that will be headlining the festival and, although it's not a Lilith Fair amount of estrogen-powered poetry and song, it goes a long way in combatting what could rival Wurstfest in the sausage department.

Formed in 2011, Against The Current is a band based out of Poughkeepsie, New York that melds danceable synth pop with more aggressive guitar-driven rock. In their video for "Running With The Wild Things," frontwoman Chrissy Costanza leads a covert mission – with her male bandmates as her dutiful co-conspirators – to smash the forces that control them and "run with the wild things."