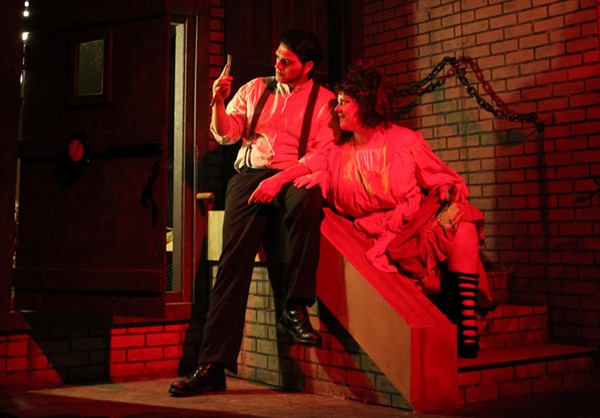 The Woodlawn Theatre brings Stephen Sondheim’s musical Sweeney Todd to its stage this week, just in time for the Halloween season. A fixture of Victorian penny dreadful novels, the Demon Barber of Fleet Street and his partner in crime’s dubious pies first appeared well over 100 years ago. However, Sweeney Todd didn’t become more than a run-of-the-mill murderer until the story was adapted for the stage in the 1970s, when he was given a motivation behind his madness – a quest for revenge against a corrupt local judge. By weaving love, betrayal, rage and music into the story, the lurid tale was made weightier while maintaining the heightened atmosphere of its melodramatic origins. Productions of the musical feature Broadway belting and spilled blood in equal measure — beware of the splash zone. $17-$26, 7:30pm Fri, Oct. 7, 7:30pm Sat, Oct. 8, 3pm Sun, Oct. 9, Woodlawn Theatre, 1920 Fredericksburg Road, (210) 267-8388, woodlawntheatre.org. Through November 6.