By San Antonio Current Staff
Share on Facebook
Tweet
Submit to Reddit
Email
More than 1,000 people assembled Saturday in Travis Park and engaged in a peaceful march to protest police brutality and the death of George Floyd. At some point after the event concluded, a smaller group of protesters engaged in a standoff with armed activists claiming to guard the Alamo Cenotaph. Later that night, police used teargas to disperse people who hurled rocks at patrol cars and broke windows. Here's what we saw as the events played out.

Photos by James Dobbins.
OF 63
PREV NEXT 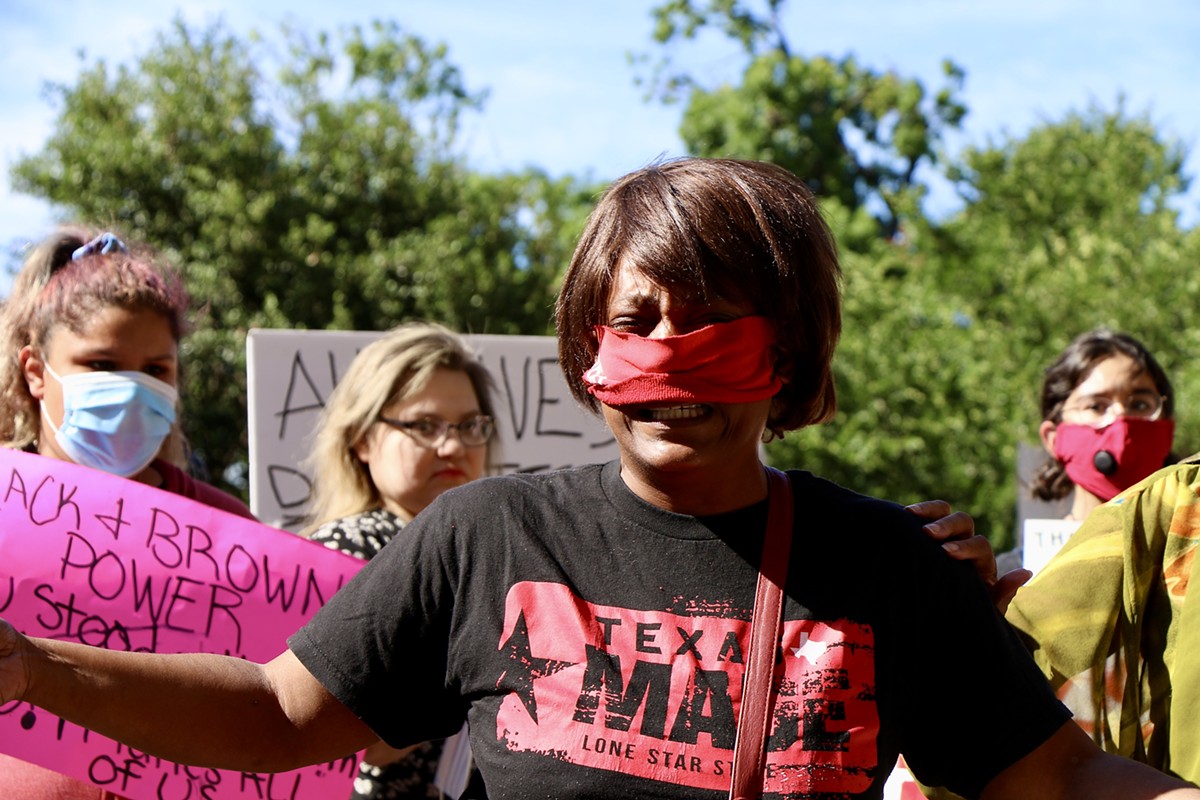