There’s no shortage of intriguing craft breweries to explore in the Alamo City on National Beer Day, which just happens to be Wednesday. And, as luck would have it, a few even have spiffy new brews to tilt back for the occasion. 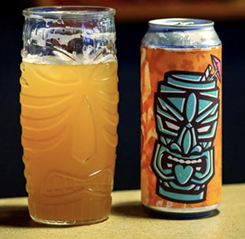 Roadmap Brewing Co. is inviting folks to jump aboard the Roadmap Cruise Line for a tropical taste adventure via Island Time, its Pina Colada kettle sour. This 6% ABV sour is brewed with real pineapple, coconut and hint of lactose to transport imbibers to a nearby beach. Island Time will be available on draft and in limited four-packs to go starting today, so you can snag a pack for celebrating tomorrow. Purchases are limited to three four-packs per person. Roadmap Brewing, (210) 254-9962, roadmapbrewing.com.

Weathered Souls Brewing Co. is known for its darker go-to brews, but if you’re looking to take a step back, the brewery’s new summertime seltzer may be the ticket. OK, it’s technically not a beer, but hear us out. The Blackberry + Blueberry seltzer is made with real fruit and weighs in at 4.9% ABV. The new tipple is available on draft, but according to Head Brewer Marcus Baskerville, a canned version is forthcoming. Weathered Souls Brewing Co., (210) 274-6824, weatheredsouls.beer 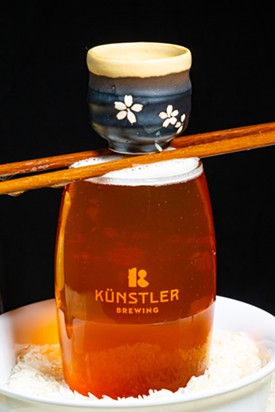 Künstler Brewing just launched an imperial IPA that may well be the first of its kind in Texas: the Sake Bomb. The ale is brewed with sake yeast and rice, which according to the brewer’s tasing notes, creates super fruit-forward notes of apricot and peach sorbet. The suds then finish with notes of orange zest and resinous hops. Künstler Brewing Co., (210) 688-4519, kuenstlerbrewing.com