They’re Nuts: Despite COVID, Texas Testicle Festival Still on for August 1 in Fredericksburg 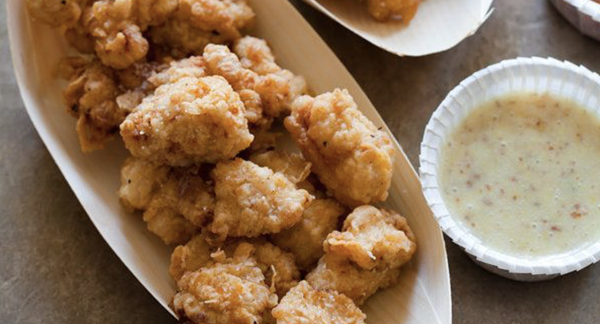 The Texas Testicle Festival plans to move forward with its August 1 start date, welcoming all adventurous and COVID-19-free foodies, according to a MySA report.

The ball-fest held a previous event in January, where 150 attendees gathered to celebrate the nuances of various animal testicles in culinary applications.

While some places now allow gatherings, it comes with challenges regarding social distancing measures. Best of Texas, which organizes festivals mostly in Fredericksburg, told mySA it plans to follow the same distancing mandates Texas restaurants are required to follow by limiting capacity to 50%.

Claire Ball — no, we're not fucking joking — an organizer with the event, said the fest was hoping to build on the 150 attendees who showed up in January. However, it's tempered its expectations because, as of last Thursday, it's only sold 20 tickets.

"As a testicle organizer, our new normal requires us to stay on the ball with the government at all levels, some of which change their minds daily," Ball told MySA in an email. "... We’ve actually considered turning it into a testicle protest — protests seem to be allowed all over — but we just don’t have the balls.”

At the January event, the festival served up fried turkey, lamb and veal testes. Those who prefer not to snack on gonads can purchase crawfish, lobster tail, burgers, beer, wine and liquor at the August event.

Interested foodies can purchase tickets at the Texas Testicle Festival ticket website. Tickets are $22.90 for general admission and $55.26 for VIP. The event will be held Saturday, August 1, from 10 a.m.-8 p.m.

Take note: to avoid running out, testicle service will only be from 4-8 p.m.