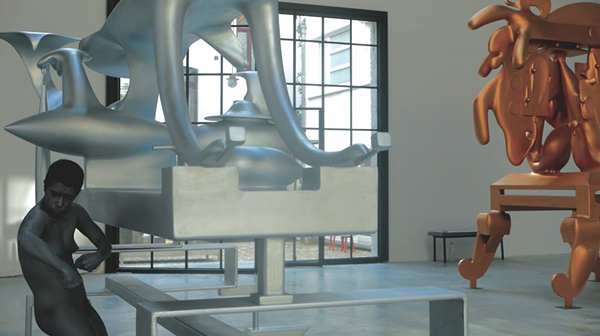 Thu 11/9
International Artist-in-Residence Exhibitions
If Artpace’s renowned International Artist-in-Residence program and its entirely unpredictable exhibition series have taught San Antonio anything, it’s to expect the unexpected. While exhibitions here often push viewers beyond the comfort zones museums might offer, the institution Linda Pace left behind never fails to spark conversations about art, commerce, concepts, aesthetics, politics and points in between. Carrying on a yearlong string of practicing artists guest-curating the series (which annually invites three guest curators to each select a trio of artists — one from Texas, one from elsewhere in the U.S. and one from abroad — to “live and create art in San Antonio for two months”), Brooklyn/Austin-based Michael Smith summoned a performative and collaborative spirit by uniting Heyd Fontenot (Dallas), Martha Wilson (New York) and Lili Reynaud-Dewar (France/Switzerland). A truly versatile artist whose work tackles cultural norms, spirituality, morality and sexuality, Fontenot is perhaps known best for paintings and drawings that put an intimate, slightly playful spin on portraiture, but he’s spent his time at Artpace building an “occupied installation” that invites both exploration and interpretation. Having creatively investigated unlikely intersections between Martin Luther King Jr., cyborgs and blinged-out teeth covers known commonly as “grills,” Reynaud-Dewar went west to shoot a short horror film amid the stark, dramatic vistas of Marfa. Hailed as a pioneering feminist artist who founded the avant-garde art space Franklin Furnace in New York circa 1976, Wilson expanded her “First Ladies” self-portrait series with a new video piece in which she stars as Melania Trump. Free, 6-9pm (on view through Dec. 31), Artpace, 445 N. Main Ave., (210) 212-4900, artpace.org. — Bryan Rindfuss