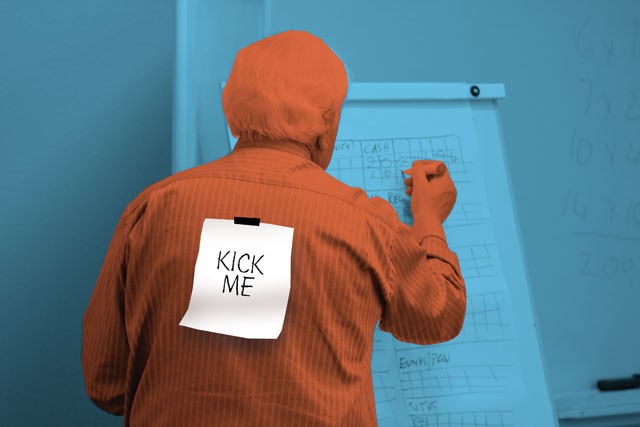 In this narrow window of time between being someone’s child and being your own boss (or, more likely, a paycheck-dependent peon to some guy in a dark suit), there is a time made for experimentation called college life. You’re away from home for possibly the first time in your life, you’re surrounded by tons of cool folks with common interests, and the world, seemingly, is at your doorstep. The San Antonio Current and our sister paper, the Detroit Metro Times, asked our Facebook friends what every college student should try at least once before leaving school. Here’s what the Times staff and our collective online families came up with. — Greg Harman

When we graduate from college, we’re supposed to be sober, serious adults. So what better excuse to release a painted pig in a building? Or to put 100 pink flamingos on the Dean’s lawn? Be creative, and remember: Don’t get caught.

Start the next campus craze

Our post-collegiate research department identifies goldfish swallowing in the 1930s (210 is claimed as a record), panty raids and phone-booth stuffing in the 1950s, piano-smashing in the 1960s, and streaking in the 1970s. There the fad tradition pretty much dies. But you, dear collegiate reader, can revive it.

But make it a flash mob for good, not evil.

This is the last time in your life when you can put posters on the wall without being accused of regressing. We suggest something tasteful, such as W.C. Fields or some symphony in blacklight from a resale shop.

Not only can you enjoy all the college-age self-righteousness of a vegan diet, it dovetails neatly with the “picky eater” phase you don’t want to age out of quite yet. Note that limited income often creates the hybrid McVegetarian who subsists on ramen and fishwiches.

Including on “mystery meat” day. Unless you’re following the advice above.