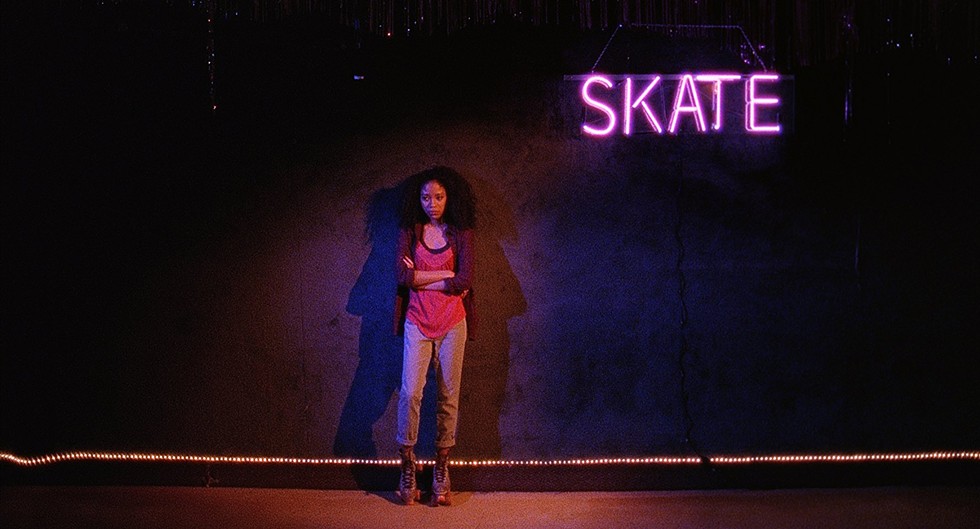 In past years, CineFestival, the longest-running Latino film festival in the nation, has featured countless films from around the world. This year, for the fest’s 40th anniversary edition, Hecho en Tejas (July 5-8), the Guadalupe Cultural Arts Center (GCAC) wanted to take the festival back to its Texas roots by celebrating the work of Latino filmmakers from the Lone Star State. It’s a move GCAC executive director Cristina Ballí hopes will create a community where Texas filmmakers can show their work, develop their skills and have access to more opportunities.

“The motive to focus on Texas Latinx films was to return to our grassroots programming and to feature our stories that were not being told in the mainstream,” said Ballí, who joined the GCAC as executive director in September 2016. “These days, we see most Latinx media coming from the East and West coasts. I want to reinforce our stories — stories of the third coast.”

Festival programmer Manuel Solis, also a Current contributor, who has worked with CineFestival in numerous capacities since the mid-’90s, also views the milestone anniversary as a way to give filmmakers a chance to see the work of colleagues from their own backyard.

“We’ve had programmers who have given an emphasis to films from Mexico and Latin America, but I do think because it’s our 40th anniversary, it makes sense to celebrate the filmmakers we have here,” Solis said. “We really want to cultivate a scene where these filmmakers are dialoguing with one another.”

Of the 56 films at CineFestival this year, 41 of them were made by Texas filmmakers or shot in the state. This includes professional directors and college and high school students.

One of the directors selected to screen his film at the festival this year is McAllen resident Ronnie Garza. He and co-director and Edinberg resident Charlie Vela made As I Walk Through the Valley, a documentary on the Rio Grande Valley’s intricate music history — from its rock ’n’ roll garage bands in the ’60s to its South Texas punk rock in the ’90s to its longstanding tejano and conjunto influence. Garza points to Texas filmmakers like Catherine Hardwicke, Mike Judge, Robert Rodriguez, Terrence Malick, Forest Whitaker and Wes Anderson as examples of inspirational directors now working in Hollywood at the highest levels.

“Texas seems to have something in the water when it comes to grand visions and stories as big as the state itself,” Garza said. “At the same time, their films seem immediate, personal and even intimate while simultaneously presenting new and powerful stories.” San Antonio-based filmmaking couple Angela and Mark Walley’s documentary Tía Chuck is also part of the CineFestival lineup. Tía Chuck tells the story of the life and creative process of late San Antonio artist Chuck Ramirez. Walley said she and her husband are excited to share their labor of love with the local and regional community before they start screening it outside the state.

“It’s significant to have our film included alongside this concentration of Texas-made films,” Walley said. “We believe our film can resonate with audiences outside of Texas, but we wanted to start by sharing Chuck’s story with our local community because of how much the film reveals about our own local art history. We’re also eager to see the work of our fellow Texas filmmakers and hopefully make some new friends.”

Along with individual Texas-made films, CineFestival will feature Texas-themed programs throughout the week, including the Texas Filmmakers’ Showcase, a series of Texas-made Latino short films presented by the Houston Film Commission; Puro Shorts, a short film program featuring work by Latina directors and producers; Burnt Orange y Que! 2.0, a collection of works from Latino filmmakers at the University of Texas at Austin; and the Femme Frontera Filmmaker Showcase, a celebration of female filmmakers living along the U.S.-Mexico border.

“Our country’s ideals are under attack today, which is why it’s important for festivals like CineFestival to showcase our stories and elevate our voices,” Solis said.

“That CineFestival has endured for four decades is inspiring and a testament to our talented filmmakers.”

Fighting Back Through Film

Born out of the Chicano Movement in the late ’60s, CineFestival was originally called the Chicano Film Festival and featured cinema through the eyes of filmmaker activists combating ills such as racial discrimination and lack of educational opportunities, and championing workers’ rights.

CineFestival programmer Manuel Solis doesn’t want to lose sight of that. Last year, he said, one of the central themes that many of the films shared were the U.S. presidential election and the changing political landscape for people in Mexico and Latin America.

“When you look at the history of Chicano cinema, it was founded through the movimiento,” Solis said. “That’s definitely something I always keep in mind as a programmer. It’s important for films to touch on these issues and do it in a way that’s not cliché. We’re always looking for filmmakers who are telling their stories from different viewpoints.”

This year is no different. With the atrocities currently taking place on the U.S.-Mexico border — from the Trump administration’s “zero-tolerance” immigration policy to the fight for the rights of DACA recipients, films tackling these issues and others couldn’t come at a more crucial time.

In the short documentary An Uncertain Future, co-directors Chelsea Hernandez and Iliana Sosa follow two expectant mothers in Austin — one undocumented and one a U.S. citizen — as they come to terms with the growing hostility against Latino immigrants under the Trump administration.

“We wanted to show immigrants as normal individuals living and working in America, creating a close, nuclear family, as many do, but showcase their thoughts of being torn apart as a fear that is constantly in the back of their minds,” Hernandez said. “It’s unfortunate that we need films to express this, because it’s a humanitarian issue. No one wants to be torn from their family. But that’s also the power of film and art.”

Like Hernandez, filmmaker Marcella Ochoa sees her short narrative My Name Is Maria de Jesus as timely for the current immigration issues the country is facing. Set in San Antonio in 1956, the film tells the story of a young Mexican girl who is forced to assimilate to the U.S. when her elementary school teacher gives her a new name and forbids her to speak Spanish. Years later, we see how that time in her life impacted her as well as her family’s identity.

“I think my short is actually very timely for what’s going on in our country and the backlash towards immigrants,” Ochoa said. “I want people to see what our country was like in the ’50s and how poorly they treated Mexicans, and to learn from their past mistakes so we don’t repeat them. I also want people to come out of my screening and be proud of their culture and embrace it and not be ashamed of it.”