Third Root Returns with "Reflection of the Times" 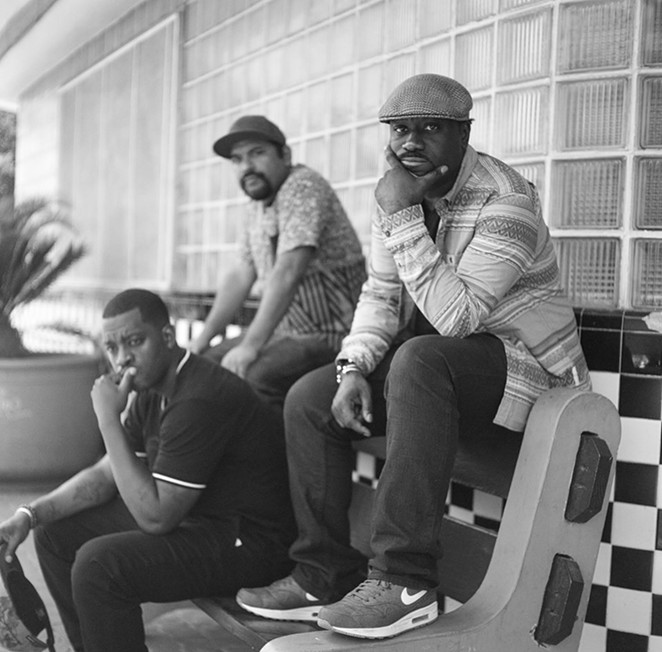 If Prophets of Rage — the supergroup of Chuck D, B Real and a Zach De La Rocha-less Rage Against The Machine — turns out to be a dud, at least Third Root is back to deliver interminably woke hip-hop to South Texas. Last week, the trio released “Reflection of the Times,” a crisp new single from their forthcoming album Libertad.

The video opens with a speech from Prince, borrowed from the 2015 Grammys. “Albums still matter. Like books and black lives, albums still matter. Tonight, always.” That mantra sums up the aspirations of Mexican StepGrandfather, Easy Lee and DJ Chicken George: that music will always hold the power to inspire social change. Since their last effort in 2014, Revolutionary Theme Music, the need for that message has grown exponentially. Released in June — just a month before the death of Eric Garner in July, then Michael Brown in August — RTM voiced the incarceration and police violence theories of Michelle Alexander and Radley Balko in the flow of Rakim and Public Enemy.

Picking up where they left off, “Reflection of the Times” digs in against the nativist moment we’re facing this year — “you’re a devil’s advocate but all I see is the devil.” As video plays of MicKinney, Texas officer Eric Casebolt doing a somersault on the ground and pulling a gun on black teenagers, Mex Step goes in on the life-and-death reality of inequality in America, where “race determines fate in a police state.” The trio end with a tragic call and response, crying the song’s title against the names of people of color killed by the police: Sandra Bland, Eric Garner, Jordan Baker, Tamir Rice, Mike Brown, Reynaldo Cuevas, Yvette Smith. These are the times we live in, but Third Root knows we can do better.