By San Antonio Current Staff
Share on Facebook
Tweet
Submit to Reddit
Email
We've all tried it at least once: scrambling downtown during Independence Day or New Year's Eve to marvel at the fireworks erupting in the night sky. Breathtaking as it can be, it involves parking, crowds and spilled beers. A lot of us — though clearly not all — have given up on the idea.

A house now on the market just south of downtown San Antonio seems tailor made for folks who can't get enough of those downtown fireworks but can't be bothered by the hustle and hassle. (And did we mention the spilled beers?)

The second-floor balcony of this color-drenched, contemporary remodel looks across an open green space and directly at the Tower of the Americas, the epicenter of SA's big fireworks displays. And if you end up with beer on your shoes, it's your own damn fault.

Of course, the Alamodome is also in view from the balcony, which may be a mixed bag. After all, to some locals consider it more of a dead armadillo than an architectural marvel.

This home is listed by Donnie Miller of Monte Vista Realty.

All photos and listing info via Realtor.com.
OF 22
PREV NEXT 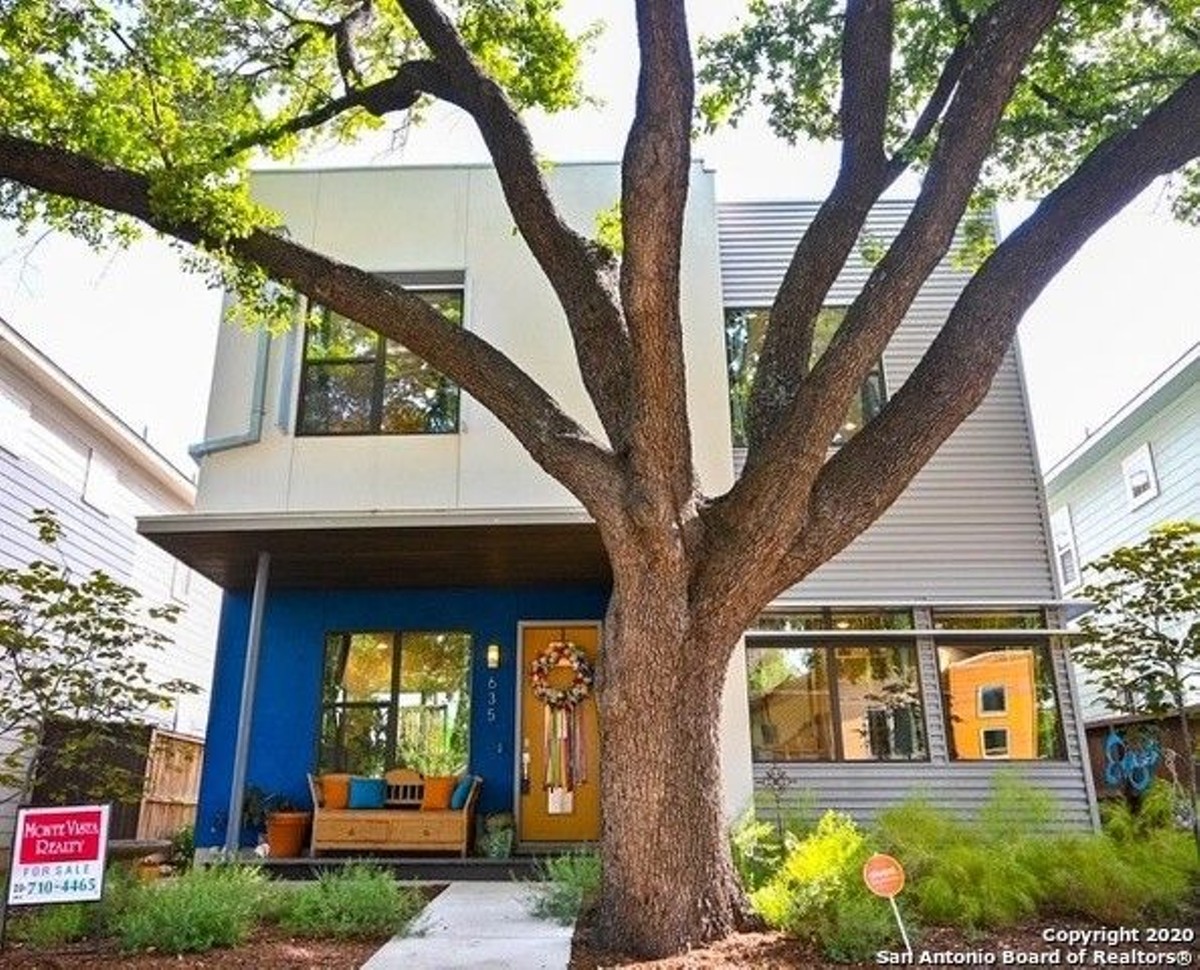