By San Antonio Current Staff
Share on Facebook
Tweet
Submit to Reddit
Email
This sweet hundred-year-old property located in King William south of downtown isn't just in a historical neighborhood — it's been designated a historic landmark. Folks around the 'hood know it as the Milgrom House, named for the prominent San Antonio family that first occupied it.

Part of its historical significance is that the four-bedroom, three-bath home is located right across from the San Antonio Arsenal, a military supply site built in 1859 that's since become H-E-B's headquarters. The property's also a three-minute walk — according to Google, anyway — from the San Antonio River.

The $465,000 house features a breezy front porch, hardwood floors and stately architecture, all of which abound in King William. But there are also some surprisingly modern touches such as an open floor plan and ceiling speakers hidden throughout the house.

Maybe the hidden gem, however, is the second-floor deck that serves up stunning views of downtown. Scroll through the photos snapped from that vantage point if you don't believe us.

This home is listed by Paul Garcia with Kimberly Howell Properties.

All photos and listing info via Realtor.com
OF 25
PREV NEXT 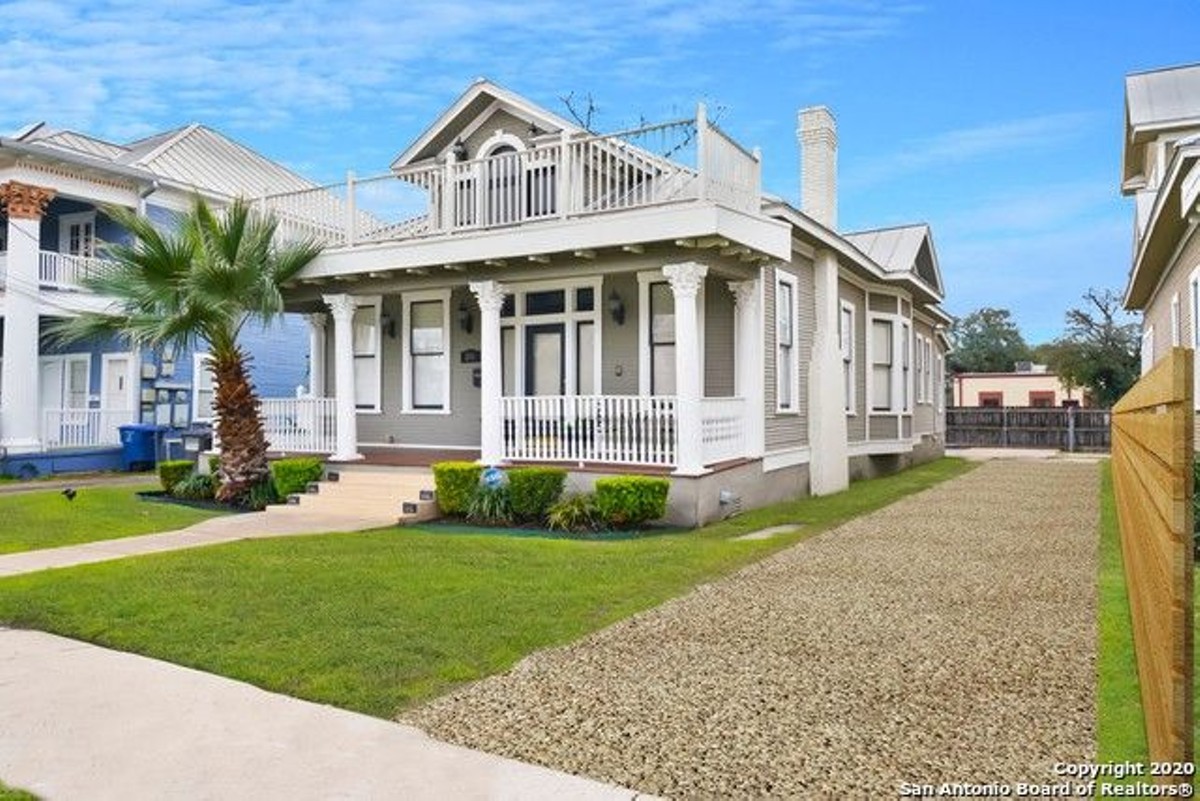