This UNT Party Got So Lit the Floor Collapsed 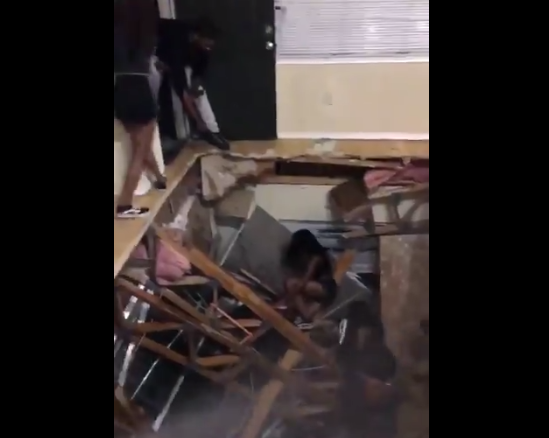 Texas State might have the rep for being a party school, but it looks like the University of North Texas (better known as UNT) is giving it a run for its money.

A party in an over-crowded apartment near the university in Denton came to a crashing end — literally — when the floor collapsed into the apartment below.

I REALLY WARNED YALL I SWEAR, I was so close man. #UNTHC2k17 pic.twitter.com/a0Sxh7ISgR

Have you ever been to a party so lit that the floor collapsed?! And because it was a party, multiple party-goers caught the collapse on camera.

Thankfully, Denton Police Department reported that there were only minor injuries (guess nobody wanted to have an easy payday). The department told FOX 4 that they believed there was about 100 people at the party.

The tenants below the apartment weren't home at the time, but were actually filing a noise complaint with Denton police. Carley Carroll, one of the residents, told FOX 4 that she's called the cops on her upstairs neighbors' parties before, and even said it had looked like the ceiling of her living room was going to cave in. Maybe they should have listened to her?