Three Deaths in Three Weeks at the Bexar County Jail 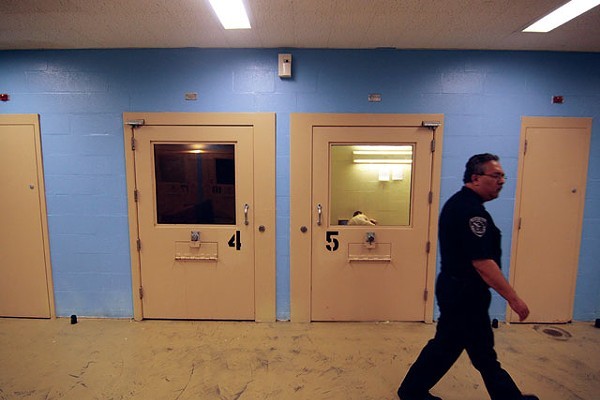 One of the men charged in the shooting death of a 7-year-old girl on the west side last month was found dead in his jail cell Saturday morning after an apparent suicide, according to Bexar County Sheriff’s Office.

The death of Jonathan Campos, 22, is the third in as many weeks at the Bexar County lockup and the jail’s second suicide in recent weeks. Campos was one of three suspects arrested and charged with capital murder following the June 1 death of Iris Rodriguez, who according to police was shot in the head near Cuellar Park after an altercation between men playing basketball erupted in gunfire. It’s not clear who fired the bullet that killed 7-year-old Rodriguez.

According to numbers from the Texas Commission on Jail Standards, Campos’ apparent suicide this weekend marks the fifth death this year at the Bexar County jail, three of which have happened in the past three weeks. Officials say 40-year-old Victor Casas hanged himself at jail on June 28, the jail’s first suicide of the year. Records show Casas had been in the county lockup since August 2015 on an assault charge.

Last week officials announced that another man had died at the jail. Sheriff's officials say the man had been booked on June 9 for a parole violation on a drug charge, had a history of health problems and likely died from natural causes (his identity wasn’t immediately available).

According to records from the state commission on jail standards, inmates Armando Luna and Roger Blackwell died in January and May of this year, both from natural causes. According to state records, seven inmates died at the Bexar County jail in 2015 – including three suicides and one homicide.