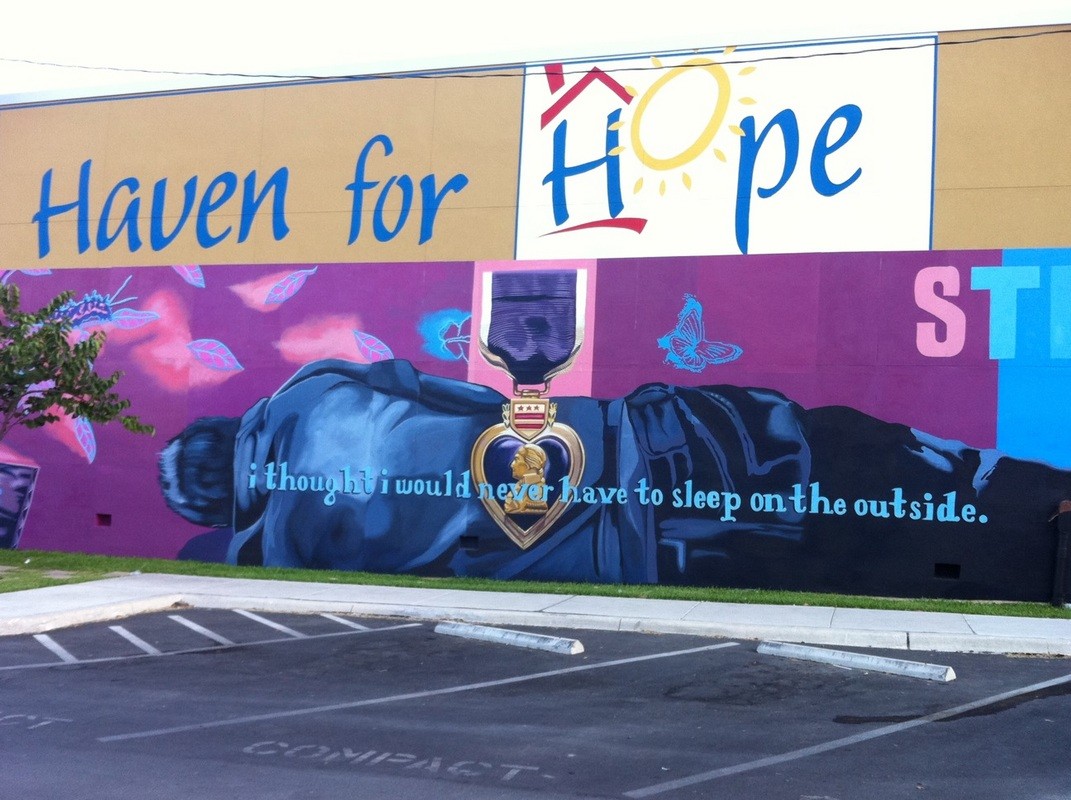 Seven years ago, Lauryn Farris was part of a community group that met with Haven for Hope — before the 37-acre homeless campus opened — to advocate for inclusion of a LGBT youth shelter.

After years of disappointment, those plans finally came to fruition last week when Thrive Youth Center finally obtained its own space, housed at Haven for Hope.

"I feel like we're crossing the bridge, like in the movie Selma. We don't know what is going to come, but we're crossing that bridge and we'll get there," Farris, an assistant director at Thrive, said as tears welled in her eyes.

Thrive Youth Center — one of just a handful of LGBT homeless youth shelters across the country — finally found a home following a zoning battle with the city last year over its previous location at Travis Park United Methodist Church.

But where Haven previously caused frustration and heartache for homeless members of the LGBT community, Sandra Whitley, Thrive's executive director, said the partnership provides a bright new chapter for those who previously avoided Haven for fear of discrimination and harassment.

On a cold morning last week, Whitley and her assistant directors, Farris and Joshua Yurcheshen, visited the courtyard at Haven in an effort to reach out to LGBT homeless who would be eligible to stay at Thrive.

"It was very emotional. They had a little bit of a hard time wrapping their heads around that they would be some place safe," Yurcheshen said.

The new 1,400-square-foot shelter will be staffed all day and night and will provide licensed counselors, motivational speakers and a lounge.

"The most important thing is to get these young adults feeling that they are worthy enough to even effing participate in these programs because the shit's been beat out of them from family, society, from everybody," Whitley said.

For its part, Haven welcomes its latest addition — Thrive becomes the 37th agency to be represented onsite.

It didn't take long for word to get out on the streets that LGBT homeless youngsters now actually have a safe place to crash.

So expect the new spot to fill up rather quickly.

LGBT Youngsters Living On The Streets

46% are homeless because of family rejection

43% are forced out of their home

86% are verbally harassed at school

60% report not feeling safe at school

Twice as likely to drop out of school

$5,887 that costs to move a homeless youth off the streets