Time-Capsule Cinema: The Homefront Is a San Antonio Movie Nine Years In the Making 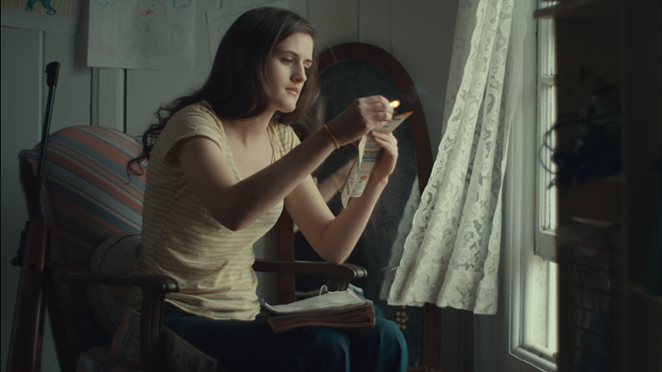 A hundred years is reportedly how long it takes before a bottle of the luxury brandy is ready for consumers to sip. In keeping with that theme, the cognac’s eponymous film won’t be screened for the public until the year 2115.

In contrast, the nine years it took San Antonio native and filmmaker Fidel Ruiz-Healy and co-director Tyler Walker to release their minimalist satirical drama The Homefront to the general public feels like it happened in the blink of an eye.

The film made its debut late last month on Amazon Prime after the directors retrieved it from a handful of hard drives stored in various garages and closets. With COVID-19 looming, Ruiz-Healy and Walker were craving a way to tap into a creative outlet.

“We thought now was the time to distribute the movie on our own terms,” Walker said. “And just in case the drives ever fail, at least the movie would be out there somewhere.”

Ruiz-Healy and Walker were both sophomores at New York University studying film and TV production when they started shooting The Homefront during their 2011 winter break.

“It was very much an experiment to see if what we were learning at school was actually worth a damn,” Ruiz-Healy said. “We thought, ‘Everyone is going home for the holidays to hang out and eat lots of food, what if we try to make a movie instead?’”

The duo had written a script that fall, so when December rolled around, they doubled down and started the casting process, tightened up their screenplay and made their way to the deep south of San Antonio to shoot their movie in an old, abandoned ranch house.

Made in the “shadow of the great recession, the Iraq and Afghanistan wars and general uncertainty for the American future,” The Homefront tells the story of an American family locked down in their home waiting for an impending invasion from another country.

“We thought, ‘What would happen if America was invaded?’” Walker said. “What would happen if what we were doing to other countries happened here?”
Ruiz-Healy wondered if an American family that found itself in that situation would “stay apathetic and hunker down and pretend like everything was fine.”

“America has been in these wars for years, but people here pretend like nothing is happening,” Ruiz-Healy said. “I wanted to transplant that mentality and flip the scenario, so it’s not happening away from you, it’s happening outside.”

In the film, actress Rachel Povse plays the main character, Caroline, a young girl who spends her time riding her bicycle around her family’s property, playing cards alone and annoying her older brother while he tries to make contact with people through his ham radio. Povse, who was living in New Orleans at the time, sent an audition tape to Ruiz-Healy and Walker and booked the role. She said it feels surreal to see The Homefront finally get its moment in the spotlight.

“I am proud the film has found its way out into the world,” Povse said. “Working with Tyler and Fidel was terrific. They were a great team. They brought a lot of energy and humor to the set.”

So, why did it take Ruiz-Healy and Walker nine years to release The Homefront?

After they finished shooting the film in February 2011, they both returned to NYU to be full-time students. During that time, they worked on the film’s post-production while learning how to execute processes such as editing, foley, sound design and color grading in their classes.

“It was like we shot the film and then learned how to make movies afterwards,” Walker said. “We were just trying to make it the best it could be.”

The Homefront made a short film festival run, including a screening at Dances with Films in Los Angeles. They also screened it at the U.S. in Progress Film Festival in Poland, which connects Polish producers to American independent filmmakers looking for funds to finish their movies.

After landing financing help from the Poles, the pair officially finished The Homefront in 2015. But, by then, Ruiz-Healy said it was “so old that it fell out of contention for film festivals.”

So, into storage it went.

Now, nine years in the making, Ruiz-Healy and Walker hope viewers see how relevant the film remains, especially while living through a pandemic and in a contentious political and cultural climate.

“The film is like a time capsule — a reaction to a time period,” Ruiz-Healy said. “I think we keep coming back to it again and again because it’s still so timely. There is something to take away from a film where you can see a reflection of the American experience in some way.”