To Ring in the Winter Months, Here are a Few Offerings that are Sure to Tickle Your Holiday Fancy 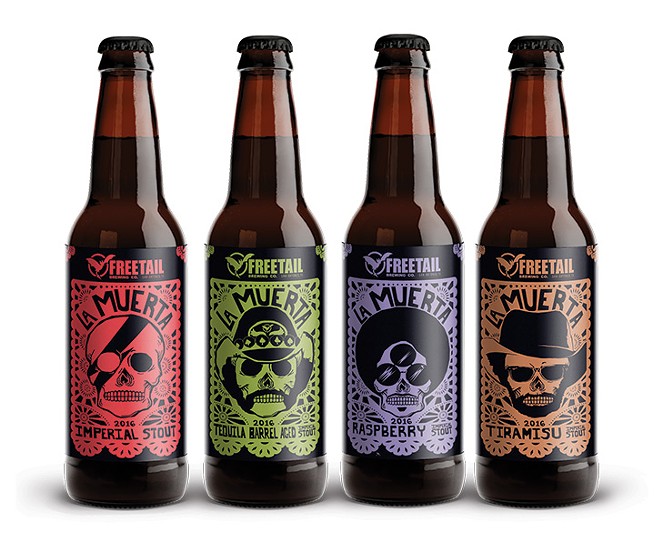 Fall is almost over and winter is upon us. Many breweries have been hard at work preparing inventive and comforting winter brews to keep us warm during the slightly colder Texas winter. Many of these winter concoctions are richer tasting and with bolder flavor, others are seasonals brewed only this time of year.

Based in Chico, California, Sierra Nevada is considered one of the founding fathers of craft beer. Sierra Nevada opened in 1980 launching their flagship brew dubbed simply Sierra Nevada Pale Ale, which quickly launched them into the record books. Building upon this love of American hops, Sierra Nevada first brewed Celebration Ale in 1981 using only fresh whole hops. Celebration is one of the earliest American IPAs, is very hop forward and features Cascade, Centennial and Chinook hops. Available at retailers around town for about $10 a six-pack.

For years, Alamo Beer had been brewing their signature Alamo Golden Ale at Real Ale Brewing up in Blanco, Texas. That is until owner Eugene Simor opened his own place in March of 2015, at which point the portfolio of beers expanded. This included seasonal brews such as their Holiday IPA. Holiday IPA is an American IPA that puts forth a citrus, piney character from the West Coast hops used, which balance beautifully with the sweet malt character derived from Golden Promise, Aromatic and Crystal Malts. Available around San Antonio for about $9 a six-pack.

The now famous San Francisco brewery began in 1896 and is best known for its Anchor Steam Beer, a style born in the warmer temperatures of California in the late 1800s. The name Steam Beer is copyrighted by Anchor and can only be used by them. The brewery saw a decline for decades in the 1900s until entrepreneur Fritz Maytag bought and revitalized the Anchor in 1965. First released 42 years ago, Anchor’s Christmas is a true treat every year. This winter ale is unique in that each year the recipe is different — 2016’s batch features roasted caramel, spice, chocolate and nuts. Available at retailers around town in various sizes and prices.

When Freetail opened their Loop 1604 brewpub in late 2008, only Blue Star Brewing remained in San Antonio. Clearly filling a gap, Freetail kickstarted a new beer boom in San Antonio and, in 2014, launched their 20-barrel production facility on South Presa St. with citywide distribution. La Muerta is Freetail’s highly touted Imperial Stout that boasts rich smoke, roast and chocolate flavors with a hop character more noticeable than other imperial stouts. La Muerta is brewed each year in honor of Dia De Los Muertos. Available as a limited release, including draft, at select retailers around town for about $15 for a 22-ounce bottle.