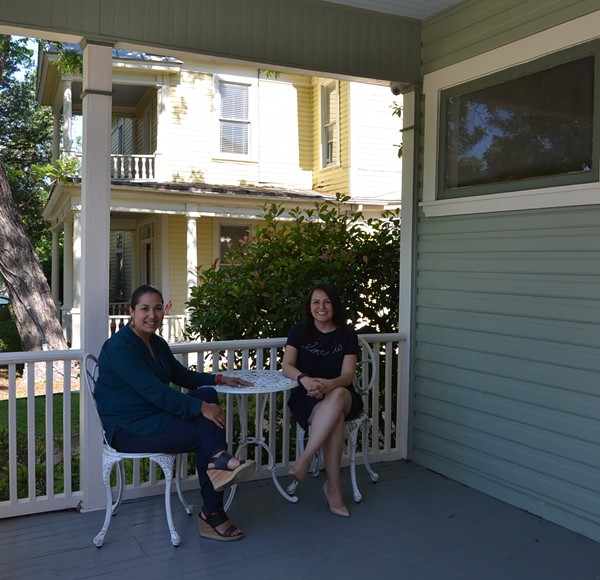 In late December, we visited The Workery — a creative co-working compound in the Tobin Hill neighborhood — right before it opened in January.

At the time, the living room was packed with desks and chairs that still had plastic wrap on them. For the most part, it was like any home with new residents moving in.

However, the compound, which is comprised of four historic homes in the former LiftFund headquarters at 221 W. Poplar St., was destined to be more of a home away from home for creatives and other professionals in San Antonio.

We caught up with Mari Aguirre-Rodriguez and Sally Aguilar-Robertson today. Their space has provided freelancers, graphic designers, marketers, public relations professionals and the like with membership-driven office space and public workspace in a home-type environment. It's comfy in there. The kind of place where natural light spills onto wood floors.

And five months in, they say they are at 70 percent capacity, having filled up three houses with dedicated office spaces. Soon, they'll open the fourth and final home on the property.

"You know, we were surprised at how fast it was," Aguilar-Robertson said. "So that’s been exciting. So it’s good."

The duo has also been learning from their members.

"I think it’s an indication about the kind of community we’ve built and the kinds of companies that have come together," Aguirre-Rodriguez said, explaining that having so many different crafts and talents in one place has also benefited her work. "I think that’s the really exciting part. I didn’t expect to take so much from my membership."

That same addictive creative energy runs through the rest of the members, too, Aguilar-Robertson said.

"Partnerships have popped up between members, who find use for each other," she said.

And with the response they say they've seen in this short of time, the pair is already looking toward the future.

"I think we’re just thinking about the future, right? Do we expand more in Tobin Hill? Do we look at other locations? I think that’s the exciting part," Aguirre-Rodriguez says. "We feel like whatever happens next could be really interesting."