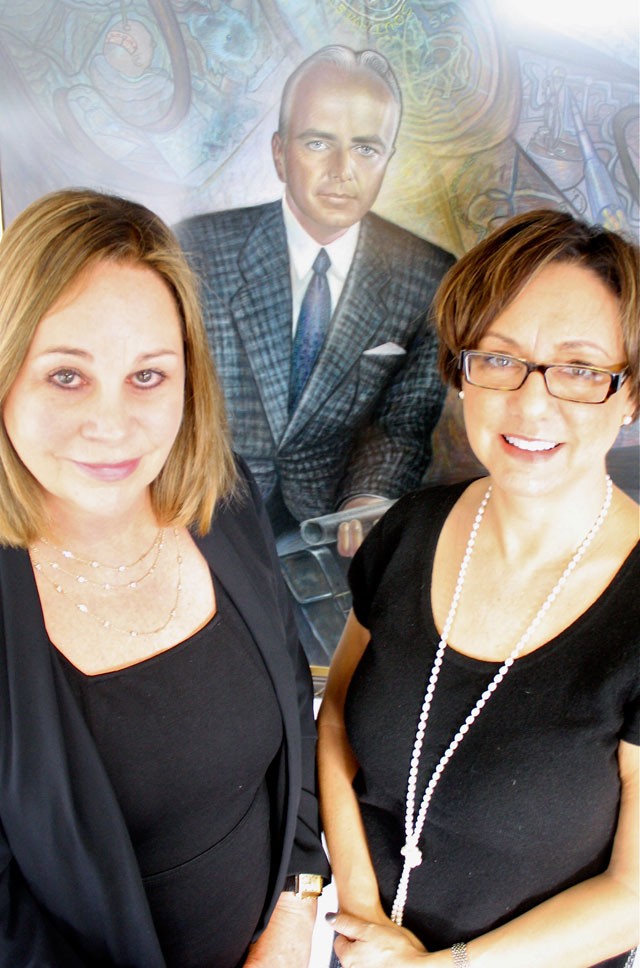 We're in for it. That was the not-so-subtle subtext of Ian McGilchrist's Mind Science Foundation-hosted March lecture inside the well-apportioned Pearl Stables. In a sweeping, humorous survey of human cultural development and brain research, the renowned British psychiatrist teased out hints in the seemingly random (studies suggesting children are finding it more difficult to recognize facial expressions) that provide a peek into future chaos (the loss of empathy and potential rise of fascism). Okay. You had to dig between the layers of this wide-ranging discussion to get there, but the vision of a world run by left-brained thinkers (those hyper-rationalists) was rich material for the passel of professionally attired attendees to chew over as they spilled out into a pleasant San Antonio evening. Easy, it wasn't.

The lecture was just one of many sponsored by the Mind Science Foundation, a San Antonio nonprofit founded by famed bigfoot hunter, millionaire wildcatter, and philanthropist Tom Slick (Southwest Research Institute and Texas Biomed? He did that). But after a spin in the higher altitudes of brain research, Mind Science is coming back to earth, restarting a number of programs that gave them a deeper San Antonio presence in years past, and even beginning to explore how to affix their skills to Mayor Julián Castro's press for education reform locally.

The shift is a nod to the values of new director Meriam Good; it's also a matter of funding realities. As MSF has climbed higher in international esteem with retreats and conferences in increasingly rarified territories, focus has strayed from the needs of Alamo City. Good's challenge now is how to turn a good lecture on mind science into a “Good” lecture… To “do good with a capital 'G,'” as interim President Catherine Nixon Cooke, a past executive director, author, and Slick niece says. “The next step is to translate that into something people can use in their daily lives.” Consider this a return to founder Tom Slick's “So What?” factor he demanded of his researchers so many decades ago.

“There's probably a smaller audience of people who are going to love the knowledge for knowledge's sake. I love knowledge. It's beautiful. But how does that help me be a better parent to my son who's been diagnosed with ADHD?” Good asked. “What are the practical aspects?

I think that's where we can do real good in San Antonio.

“We've attained an international reputation and we can maintain that, but it's time to come back to San Antonio.”

While we can expect more workshops on topics near and dear to our collective needs as a community, Good is also exploring the possibility of creating curriculum to bring exciting science studies linked to brain research into area schools. But first up is a luncheon with Art Markman, author of Smart Thinking, followed by a magic show-slash-lecture on the nature (and limits) of human perception by writer and magician Alex Stone in November.

If some of the prescriptions offered at these talks seem a bit “out there,” keep in mind the source. “[Tom Slick] did not care if it was fringe,” said Cooke. “You've got to be willing to get out beyond the comfortable, that really was a huge part of who he was.”

Folks nationwide may soon be able to get a sense of Slick's allure, too, as Cooke just this week optioned the movie rights to her book “Tom Slick: Mystery Hunter.” But until that materializes you can join the fight against “dangerous unwarranted optimism,” as past speaker McGilchrist characterized a world ruled by left-brainers, just by showing up to a MSF lecture to work your gray matter a little. Given where this whole thing seems to be headed, it's sort of an obligation.