Tone Bell finds the laugh line between suckers and alcohol 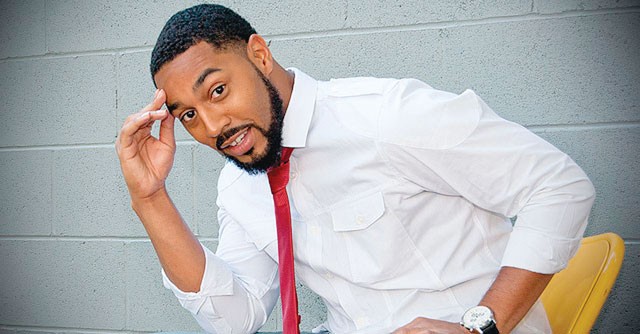 Self-promotion and creative merchandising is a big part of urban entertainment. That is, it’s not unusual for entertainers to expand their performance-derived income through corporate partnerships. Jay-Z has the clothing line Rocawear, Jay-Z has a piece of the New Jersey Nets, Jay-Z has interest in Bud Select, and Beyonce Knowles has… Jay-Z. In this spirit, Tonee ‘Tone’ Bell is negotiating his own line of Kangol-style hats — something that would make my inner Zapatista cringe if it wasn’t for the fact that Tone is also very funny. And he hustles like no other comic I’ve met. As he keeps draining the drinks with one hand and passing out candy suckers to women leaving the show with the other, Bell has the extraordinary ability to carry on three complete different conversations with gaggles of strangers. His approach to the stage is marked by a confidence reminiscent of Richard Pryor, though his style is completely his own. And the former Dallasite is gaining notice not just for his comedy. Watch for him in the new Miller Lite Man Card commercial now broadcasting across the nation. Don’t worry, he’s not pushing those Kangols yet.