"Every morning you wake up and you ask the questions: 'What are you going to eat?' and 'What are you going to wear?'" Local fashion producer Tony Harris tells me this amidst a series of iPhone dings and brief side conversations with patrons at Ocho Lounge in the Hotel Havana. He's totally right, I think, and then I quickly ask my next question because Fashion Week San Antonio is fast approaching, and this man has got a lot to do.

"What we're trying to do is educate while we entertain you," Harris explains. He is excited, and rightfully so. This year marks the most impressive showing to date, and he recently received news of SA2020's official endorsement of Fashion Week. With this endorsement, the City of San Antonio positions fashion at the forefront of our vision for the future. And that's not all Harris is thinking about—he's plotting the upcoming release of the new design for his website, as well as relishing the second anniversary of his mens' sartorial blog, Beau-Tie Bulletin.

Regardless of this, we talk about the "unique flavor and excitement" of fashion in San Antonio and what this year's Fashion Week has to offer. With more national and international designers showing, fierce models from agencies around the Lone Star State and greater community engagement than ever before the Alamo City inches toward a presence within the global industry. But, at the end of the day, Harris' intentions behind Fashion Week are simple: "I think most importantly, my message, my heart behind Fashion Week is always about educating our city to become more fashion-conscious and to take our appearance seriously." It's now time to think about our clothes as much as we think about our breakfast.

Kick off Fashion Week with your cocktail threads and sugar skull heads at the Día de Los Muertos-themed masquerade ball. "We want to encourage people to go all out with their regalia," Harris says. "That's an effort and a talent in itself." And he means it: The event promises prizes valued at more than $5,000 for the top three best-dressed attendees. The evening includes the reading of Fashion Week's official proclamation by Mayor Ivy Taylor, tunes by DJ Jarvis and complimentary cocktails from Herradura Tequila. $20-$25, 8pm Sat, Nov 1, River Walk Plaza, Tobin Center for the Performing Arts, 100 Auditorium Circle.

Even if you have never attended Fashion Week San Antonio before, chances are you may recognize Samantha Plasencia from your TV set. She brought national attention to the local fashion community during her stint on the 13th season of Lifetime's hit reality competition series Project Runway. When talking about Plasencia, Harris cannot help but smile. He says, "I'm very proud, because Samantha has really represented this city well." Unfortunately, after weeks on the show, Plansencia was eliminated for a gown the judges deemed "too safe."

In 2012, Tony Harris started Moda Next as an emerging designer competition. "We selected some of the best young talent," he gushes, "and we did intensive research to find out who would be great to represent San Antonio on a Fashion Week platform." And from that pool of talented designers the panel selected a single winner.

This year, however, the runway does not stop after fashion week for Moda Next designers. Harris says, "I wanted to take that young emerging talent and ... create this program into which we could get funding and mentorship ... It's about creating a working industry here so that designers can have their own shops and they [can] thrive." Starting in 2015, the newly formed San Antonio Fashion Council will provide mentorship and business support to the Moda Next designers in hopes of keeping cutting-edge young talent in the Alamo City. 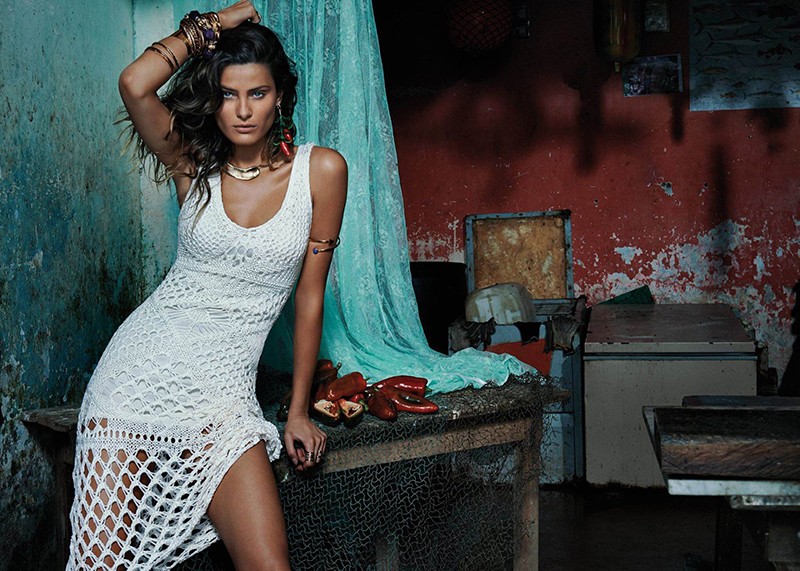 Straight from Brazil, Morena Rosa, Moikana and Cynthia Fontenalla promise an evening filled with feminine mystique. This will be the second year at Fashion Week San Antonio for Morena Rosa. "They believe in this American market," Harris says, "San Antonio specifically, because of our culture and heritage, and they have really worked hard to bring the best of the best."

Spoiler alert: Harris dropped hints about a big surprise for the evening's showcase. "They have a very entertaining surprise that is flying in for the event," he muses, "what they're investing in Fashion Week is quite exciting and groundbreaking for fashion." $15-$35, 6:30pm Wed, Nov 5, Texas A&M–San Antonio Educational & Cultural Arts Center, 101 S Santa Rosa.

Forever 21 is a staple in malls across America, but what most people don't know is that it's the fifth largest retailer in the world. With new stores popping up regularly, Forever 21 is fashionably on fire, and the San Antonio runway is sure to burn up with their "high-fashion affordable" apparel. "It's important with any Fashion Week, or with any presentation, to show a variety of price points," Harris explains. $15-$30, 6:30pm Fri, Nov 7, Texas A&M–San Antonio Educational & Cultural Arts Center, 101 S Santa Rosa.

Staged in conjunction with Public Art San Antonio's X Marks the Art initiative and the Department for Cultural & Creative Development, the inaugural Arte of Fashion Gallery on Houston Street will be revealed at the start of Fashion Week and will remain on view for the next six months. "I thought it would be so cool if we could ... unveil a fashion takeover of X Marks the Art. And with that idea, Harris commissioned a group of designers, artists and fashionista friends to develop window displays inspired by fashion.

Without disclosing too many details, Harris teases about the installations, including a lucha libre-inspired scene created with high-fashion labels and a series of larger-than-life accessories crafted from wood. "I'm really excited about [the gallery] because it's another opportunity to educate the community about our industry and let you know it's very accessible," Harris explains, "We just want you to think about fashion all the time." Free, from Sat, Nov 1, downtown Houston Street.