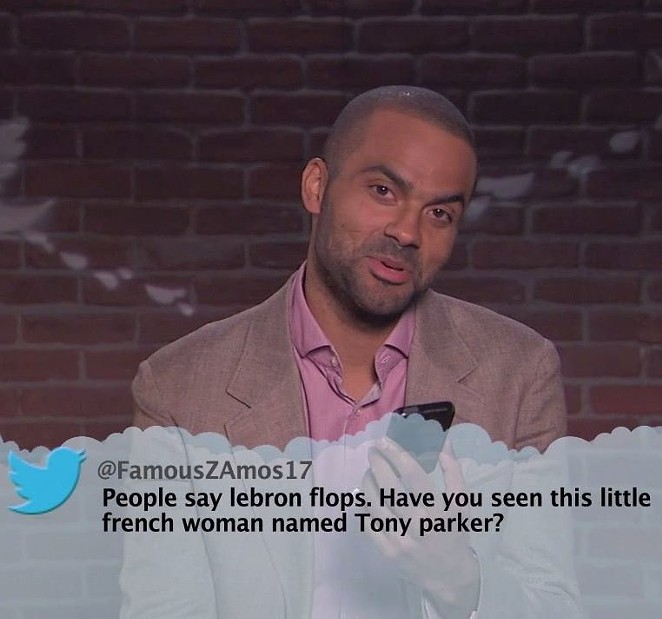 The Jimmy Kimmel segment Mean Tweets is one of the great triumphs of late night television in the internet age, a Will It Float for the online crowd. Kimmel's staff cruises Twitter for hate mail, matching the most virile and hysterical tweets to the guests on the show.

Other hits include "Deandre Jordan look like that uncle at a cookout that stick his fork in ya plate" and "GOOD BYE BLAKE GRIFFIN YOU SOFT GINGER HAIR COLORED LINDSEY LOHAN FRECKLED FACE TWO HEADED BITCH TAKE YA ASS HOME BITCH."