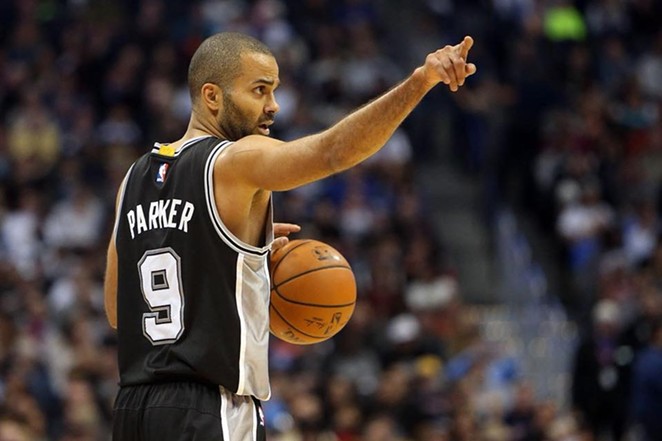 There's a chance Tony Parker may not return to the Spurs next season.

In an interview with French sports outlet RMC Sports, Parker discussed his future in the NBA. Parker, 35, is a free agent this offseason and told RMC Sports that he'd like to continue playing, even if that means not playing with the Spurs. Selected by the Spurs in the 2001 NBA draft, Parker has spent his entire 17-year career in San Antonio.

Parker said he'd like to make a new record for the number of seasons a player has been with the Spurs, which legend Tim Duncan holds with 19 seasons. He said he's shooting for 20 seasons, the same number that Kobe Bryant spent with the Los Angeles Lakers.

Translated from French, Parker said, "I think it's nice to do your whole career with the same club."

Although he'd like to stay in San Antonio, Parker said he's open to other proposals and that it is "not the end of the world" if he were to sign with another team.

His remarks come during an offseason with lots up in the air, mostly due to Kawhi Leonard. Freeing Parker's contract with the Spurs (hypothetically, of course) could be used to accommodate a supermax extension for Leonard, or free cap space acquire major free agents in the event that Leonard is traded.

Parker's interview also comes as San Antonio artist Nik Soupé is adding the beloved point guard to the Spurs mural at Rudy's Seafood on the city's South Side. Also on the mural is Manu Ginobili and Gregg Popovich. Soupé added Popovich to the mural the same week his wife of more than 40 years, Erin Popovich, passed away.