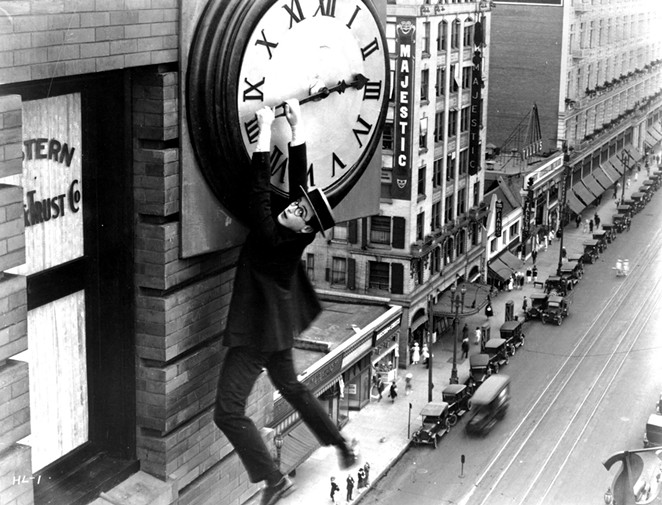 In the movie, Lloyd plays a young man who travels to the big city to find a job, so he can make enough money to marry his girlfriend.

If you’ve never heard of the classic film before, you’ve probably seen a clip of its most famous scene: Lloyd’s character dangling from a clock on the outside of a skyscraper. If you haven’t, contemporary actor Christopher Lloyd (no relation) pays homage to the scene in 1985’s Back to the Future.

In 1994, Safety Last! was added to the Library of Congress’ National Film Registry for being “culturally, historically, or aesthetically significant.” The film also stars Mildred Davis (Temporary Marriage), with whom Lloyd had worked with more than a dozen times on past short films and features and eventually married in real life.

Lloyd was known as the King of Daredevil Comedy at that time, but after his 1980 death, a stuntman revealed that Lloyd climbed a fake building during the shoot, and that it was he who did the actual stunt work.

Space is limited, so registration on Eventbrite is encouraged.