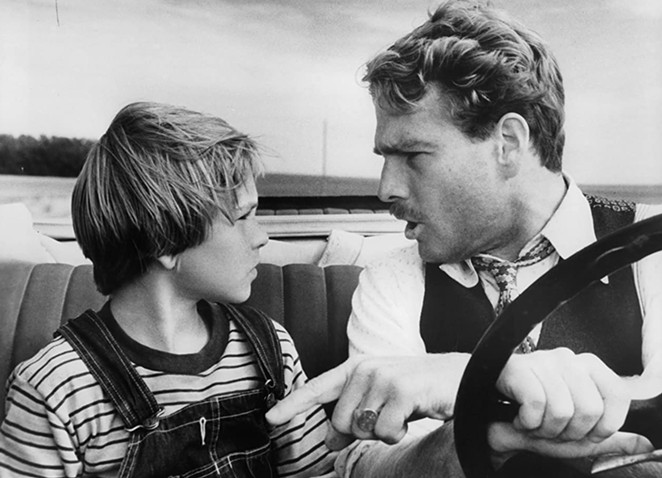 Texas Public Radio’s Cinema Tuesdays are still being held as virtual events as we continue to ride out the pandemic, but it’s been a great series so far.

Set in the Midwest during the Great Depression, the film tells the story of Moses “Moze” Pray (Ryan O’Neal), a travelling Bible salesman who’s tasked with taking an orphaned girl name Addie Loggins (Tatum O’Neal) to her family. Along the way, the duo team up to scam recently widowed women into buying Bibles.

Paper Moon was nominated for four Academy Awards and O’Neal won Best Supporting Actress, becoming at age 10 the youngest person to ever win an Oscar in a competitive category.

Fun fact: O’Neal beat out a pea soup-vomiting Linda Blair in The Exorcist that year.

Another fun fact: during the picnic scene, actress Madeline Kahn, who also landed an Oscar nom for the film, initially refused to say the line “Let ol’ Trixie sit up front with her big tits.” Bogdanovich convinced her that they would just do the take once. They did, and it ended up in the final cut.