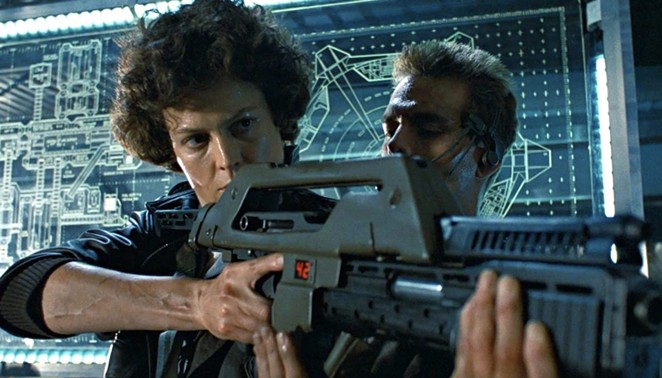 Decades after fleeing the Nostromo in Alien — and destroying it behind her — Lt. Ellen Ripley (Sigourney Weaver) is found adrift in hypersleep in an escape shuttle with the ship’s only other survivor, orange tabby cat Jonesy. However, we wouldn’t have a sequel without one of our plucky protagonists getting thrust right back into the xenomorphs’ dual maws — and, as Ripley tells Jonesy, “You little shithead, you’re staying here.”

Thrown in with a unit of elite soldiers on an ostensible rescue mission, Ripley heads back to LV-426, the planetoid from which the Nostromo picked up its unwelcome passenger in the original film, now the location of a colony of human settlers.

Unsurprisingly, it’s “game over” soon after landing, and Ripley and the survivors must face off against a plurality of parasitic monsters.

For its virtual screenings, TPR Cinema will use Amazon’s Prime Video Watch Party function. Those that register prior to the event will be entered in a drawing for a door prize and will receive the watch party link on Tuesday afternoon.