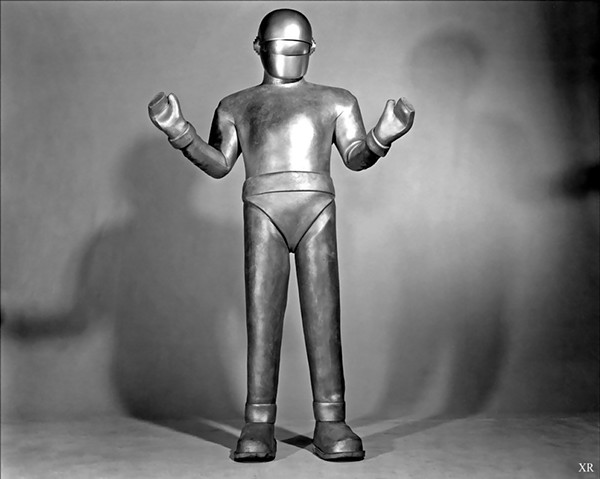 Klaatu Borada Nikto! That’s probably cinema’s most famous line in an extraterrestrial tongue, and it was burned into many an impressionable brain from the 1950s onward. The source: The Day the Earth Stood Still, in which handsome spaceman Klaatu (Michael Rennie) lands his flying saucer on Earth, stays with a local widow (Patricia Neal), makes a point by causing the brief cessation of all electricity, and delivers a message to Earth’s leaders that if they don’t learn to make nice, they’ll be obliterated by a superior power who won’t stand for our shenanigans.

This 1951 hit marked the first time a major Hollywood studio spent A-level money on science fiction that delivered a serious political message, and it belongs to that decade’s burgeoning affair with Cold War paranoia in the atomic age. Director Robert Wise orchestrates spectacle, suspense, speeches and a story with a little boy and a big gleaming robot, while Bernard Herrmann’s soundtrack of spine-tingling theremin sounds defined sci-fi ambience. Texas Public Radio screens the classic as part of its Cinema Tuesdays series.