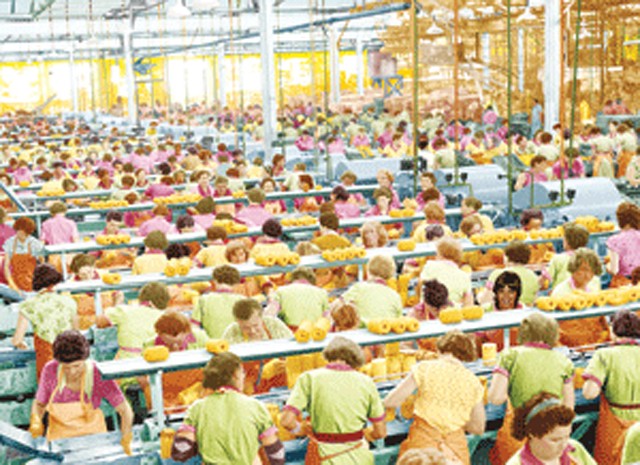 On view to September 11

Some artists don’t get stuck. When Tracey Moffatt hit the art scene 20 years ago, she quickly became known as a new voice from the Aboriginal communities of Australia, her knack for storytelling displayed first in still photography and later in film often depicted racial and class mashups — behavior that strayed dangerously from convention, often with dark consequences. Both still and moving images by Moffatt are now on view at Artpace in a virtuosic display of sampling that reworks found photographs and makes raids on classic film and TV stock, to sometimes-hysterical result.

Rounding the walls of the Hudson (Show)Room is “First Jobs,” 12 digital prints made in 2008 from found 1970s photographs, adapted to depict minimum-wage job sites. Moffatt has copied and reworked the originals by inserting her smiling image and has manipulated the color to the over-bright but faded hues of old postcards. The scenes feature jobs that Moffatt held while in school, or shortly after. Some of the prints, like Pineapple Cannery, point to her tropical North Australian youth. Others, such as Hair Washer or Fruit Market, only reveal their site and era in fashion and décor details. The collection of happy workers can be read as a paean to youthful optimism and the first experiences of workday camaraderie — it’s all so romantic, as cheerful as the happiest of Soviet socialist realism or Nazi art. Taken straight up or with a twist of irony, they sparkle.

In a darkened viewing room is “Handmade,” a series of video montages made between 1999 and 2010. Moffatt began her career in commercial television; here she acts as director. The videos were pieced together by her collaborator and film editor, Gary Hillberg. Clips sourced from dozens of old films and American television series are spliced together to reveal genres, making new short stories using bits that repeat like hip-hop sampling. Often clusters of similar actions — a kiss, a crying child, or a slap — spray like shotgun blasts or startled flocks of birds.