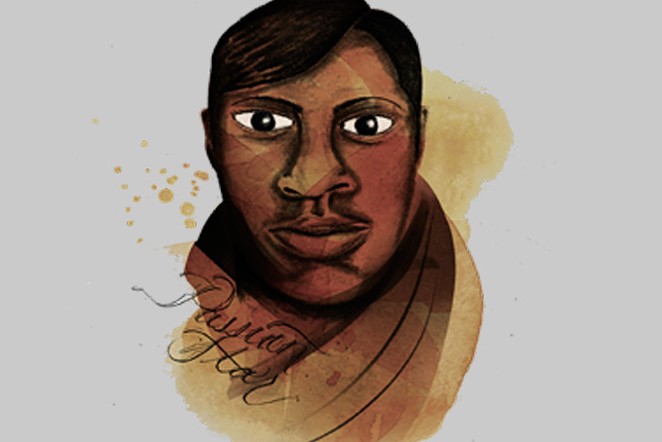 Passion Star, formally known as Joshua Zollicoffer, has filed more than 30 grievances for the chronic sexual and physical abuse she's endured as a transgender women within the Texas prison system. For her past 14 years behind bars, Star's grievances have largely been ignored by prison officials. Only now, two years after filing a federal lawsuit against the Texas Department of Criminal Justice, is Star being taken seriously.

On December 6, Star was granted parole from Telford State Prison — less than a month after the state and Star's attorneys signaled they had begun negotiating a settlement in her case. While this is a victory for Star and her legal team, New York-based Lambda Legal, her attorneys have said her persistent, tireless efforts to be heard have made this a unique case. In the face of violent rape, death threats, and stabbings, few prisoners would (or should be required to) have the stamina to keep fighting, they said.

"She consistently asked for protection and was consistently denied," Demoya Gordon, a Transgender Rights Project attorney at Lambda Legal, told the Texas Tribune. "Unfortunately, it took a large, national organization like Lambda Legal to file an official lawsuit in federal court for them to actually take notice and start to take Passion's pleas for safety seriously."

This case illustrates just how hard and long victimized trans prisoners are required to fight to see any sliver of justice while incarcerated.

Star ended up behind bars in 2002, after her boyfriend drove off with a Chevy Impala he was test driving in Coryell County, with the car salesman in the passenger seat. Star was in the backseat. Both Star and her boyfriend were charged with aggravated kidnapping.

Her punishment, however, wasn't just 20 years in lock-up. Star became a quick target for aggressive male prisoners in facilities across Texas. Time after time, Star was raped by gang members promising protection, and then violently pummeled after her abuser found out she had reported the rape to prison guards. The guards never followed up with any of her grievance reports, often placing her directly back in contact with her rapists.

Only after Star's case caught Lambda attorney's attention did TDCJ move her into private, protective facility in March 2015.

Star is not alone in finding little to no response from state prison officials in reporting her sexual assaults. A November report of revealed that none of the sexual assault and rape cases reported by inmates in Texas prisons have been appropriately followed up. And 41 percent of these inmates identified as LGBT.

Lambda attorneys are still unsure when Star will officially be released on parole or when the litigation will come to a close. But they're hopeful her case will contribute to a systemic shift in the way Texas handles trans prisoners.

"Her story is not one of a victim bent and broken by a faulty system," said Gordon. "But of a fighter who braved incredible odds to see justice done,"