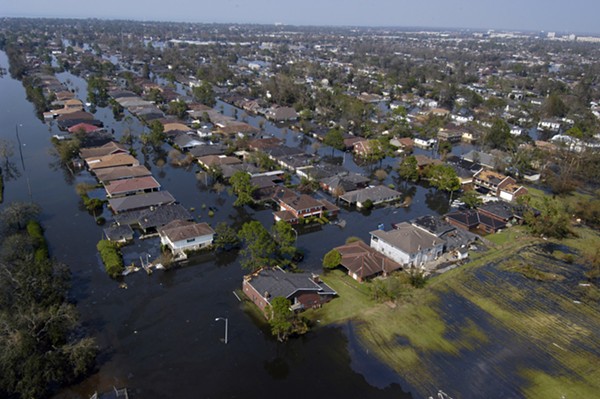 A decade ago, New Orleans' levees broke, flooding 80 percent of The Big Easy and changing the lives of half a million people.

Hurricane Katrina — a Category 5 monster storm — washed ashore in Louisiana on August 29, 2005, killing nearly 2,000 and displacing 273,000 others. That was more than half of the city's population, who found uncertainty while living in evacuation shelters.

Estimates vary, but somewhere between 25,000 and 35,000 evacuees were funneled to San Antonio, where they were dispersed between four shelters: two at Kelly Air Force Base, one at the old Levi Strauss facility and another in abandoned portions of Windsor Park Mall (now home to tech giant Rackspace).

Itza Carbajal, who works at the Esperanza Peace & Justice Center, was 14 when Katrina struck. Carbajal was born and raised in New Orleans. Her family evacuated to Houston, which received an estimated 250,000 evacuees.

"2005 is a cataclysmic date in my life. I went from New Orleans to Houston, particularly Sugarland," Carbajal told the San Antonio Current last week. "I spent four years there and ended up in San Antonio because of college."

She studied history and English with a concentration in creative writing at the University of Texas at San Antonio.

At the time of the disaster, Carbajal said what followed the deadly storm was unimaginable.

"We think we're going to have to evacuate for three days, no big deal," she said. "Sunday was the first day of mandatory evacuations and the traffic was terrible. And then we're there and Katrina hits. There's minor flooding, until the levees start breaking."

That's when reality started to sink in as Carbajal and her family watched horror unfold in their beloved city.

"It's a series of unfortunate events. We had just moved from an apartment to an area called Lakeview on the cusp of downtown. That house was six blocks away from one of the levees," Carbajal recalled.

That was the levee along the 17th Street Canal, near Lake Pontchartrain. Its collapse was catastrophic. While most residents, like Carbajal, had already escaped, decaying bodies lay scattered across her neighborhood and corpses were reportedly found as late as March 2006. 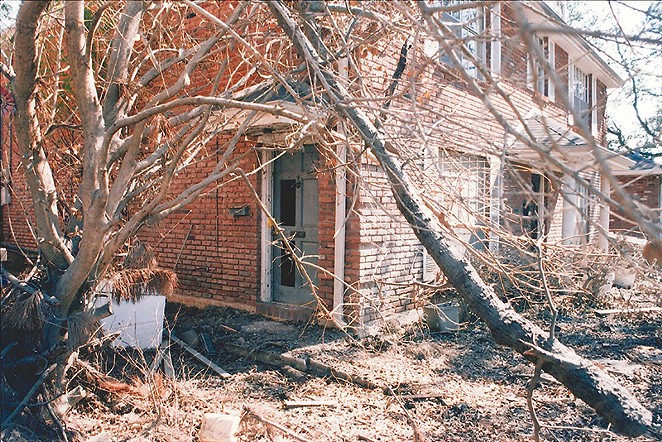 Carbajal said her house was under water for two weeks, destroying all of their belongings.

"And that's when it started hitting us. The return wasn't going to be how we expected it to be," she said. "Because we were renting, that brought in other complexities of going back."

Her mother had to hop on a boat to go back and check on their stuff.

"If we returned, we had nowhere to go. We had nothing," Carbajal said. "We essentially had no money. My mother is traumatized and I'm super angry."

And so ensued another kind of disaster: displacement and future in limbo. 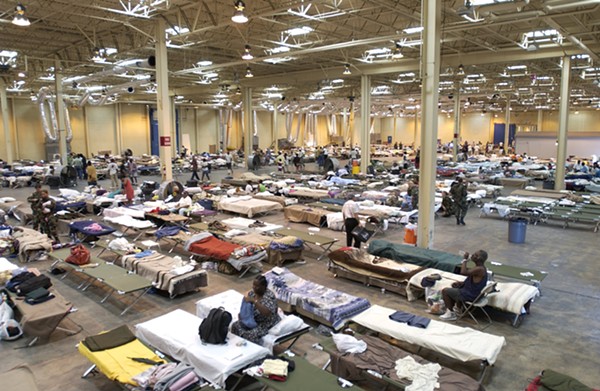 Sara DeTurk, an associate professor of communications at UTSA, spent 2005 interviewing Hurricane Katrina refugees in San Antonio for a study on the cultural adaptation of involuntary migrants.

One of her interviewees, named Carla — a pseudonym — set the tone for the struggle the evacuees faced in San Antonio. She came here after joining 14,000 others to ride out the storm in New Orleans' pro football stadium, the Superdome.

"Four miserable days ... It was filthy. I was sick ... and they had people droppin' dead in there. And y'all couldn't sleep nowhere ... And the National Guard was there, but they wouldn't help nobody. People did us like a dog. There were little babies dying," Carla told DeTurk.

DeTurk told the Current that many evacuees initially said San Antonio was helpful, but with time, and as FEMA money started drying up, the tone changed.

"San Antonio kind of had a self image of being very welcoming and helpful, but then they kind of got sick of the evacuees," DeTurk said. "The evacuees had trouble getting jobs and some of that was because they were dealing with personal crises and they were traumatized."

And then a wave of reports in mainstream media began suggesting that Katrina refugees were responsible for crime spikes in San Antonio, Houston and Phoenix, further alienating refugees.

In 2010, the Journal of Criminal Justice published a study that finally put this matter to rest after Rhode Island's Roger Williams University sociologist Sean Varano led a group of researchers who pored over robbery, murder, car theft, rape and other violent crime statistics from Houston, San Antonio and Phoenix.

The study found no increase in crime in San Antonio and a modest increase in murder in Houston and Phoenix, USA Today reported.

Despite mischaracterization in the media and being survivors of one of America's most catastrophic disasters, DeTurk found that this tension could lead to growth.

"If managed successfully, the stress compels the migrants to learn new cultural elements and unlearn the old ways of the migrants' culture and consequently leads to cultural adaptation and growth," DeTurk concluded.

She tried to follow-up years later with evacuees with whom she had spoken in 2005, but was only able to find one — a graduate student at UTSA who has since moved away.

Esperanza's Carbajal was case-in-point, however. After years of being angry, she eventually began to identify with her new life in the Alamo City.

"San Antonio was the first moment where I felt I had a choice about what I was going to do with my life," she said. "As an adult, I find it to be a blessing in disguise." 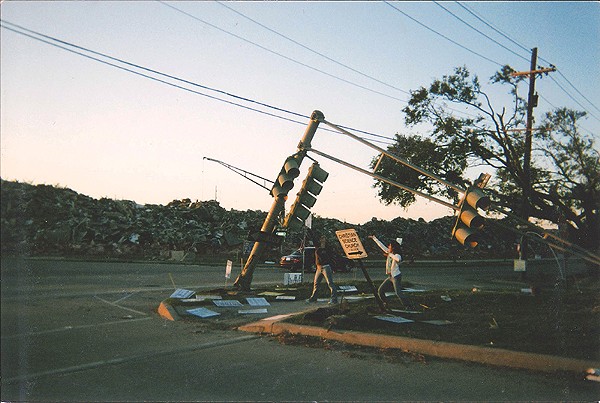 Every survivor's story is different. While Carbajal's family knew right away that they were never going back to New Orleans, David Rubin former contemporary art curator at the San Antonio Museum of Art, lived among the rubble for a year before moving to the Alamo City.

From 2000 to 2006, Rubin was curator of the Contemporary Arts Center New Orleans.

"It was like working in a M.A.S.H. unit, my so-called office," Rubin told the Current, explaining that he set up shop behind a café counter.

Eventually, he knew his time in New Orleans had to come to an end.

"It was a rough period. I worked as a curator. By then, I'd been a curator for 30 years and worked in several cities," Rubin explained. "And it was clear to me that my personal mission was greater. It was not about rebuilding New Orleans, which I loved."

He was offered the SAMA job he set off for a new chapter in his life.

"I was really impressed by the quality of the art scene and the community of the art scene. That's one of the things that made New Orleans special for me," Rubin said. "The artists and art lovers had a tight bond and were supportive and generally very loving. I knew San Antonio had a similar community."

When asked whether San Antonio changed who he is, Rubin first bristled at the question.

"I became a senior citizen," he quipped, explaining that he has become wiser with age.

But then he remembered artist Frank Stella's 1968 painting "Double Scramble," an eye-popping work of psychedelic art.

"I certainly had opportunities here I hadn't had yet, and, of course, San Antonio became the place where I produced my most successful book," Rubin said. "If I had not come to San Antonio, that would have never happened."

The book, Psychedelic: Optical and Visionary Art Since the 1960s, accompanied a SAMA exhibit by the same name.

And he's not done yet. The Alamo City is still his muse.

"I continue my life's work in a place where I know I have a great community to be part of," Rubin said. "Very much like New Orleans, San Antonio's artistic community has a real sense of purpose. We're all in it together."

While Katrina caused death, destruction and sorrow, it also led people like Rubin and Carbajal to unexpected chapters in their lives that have made all the difference.

They have moved on and look forward to continuing their lives in San Antonio. But they always keep an eye on the rear-view mirror, back to that horror they escaped called Hurricane Katrina.