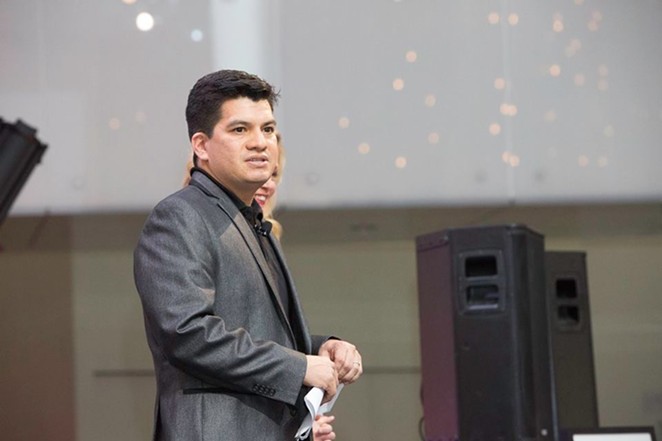 The CEO of the nonprofit tasked with orchestrating the city's long-anticipated, yearlong Tricentennial celebration has resigned — less than two months from the event's kick-off.

The Tricentennial Commission accepted CEO Edward Benavides' resignation on Monday. He'll be temporarily replaced by Assistant City Manager Carlos Contreras, according to a press release suggesting the commission will still search for a permanent CEO so late in the game. Benavides was making a healthy city-funded salary of $167,000.

Benavides' resignation isn't entirely unexpected — he's recently been under attack for the way he's led the high-stakes project. In September, news broke that the Tricentennial Commission hadn't secured even half of the private funding it needed to get the celebration off the ground, meaning it needed to find a paltry $6 million in three months. In the words of Councilman Greg Brockhouse, it was a "big-time red flag."

Then, an Express-News investigation discovered Benavides had been in private negotiations with KSAT to be an exclusive broadcast partner for the yearlong event — months before the nonprofit invited other media outlets to submit their proposal to do the same.

In a press statement, Mayor Ron Nirenberg hinted at these recent roadbumps.
“I applaud Edward’s willingness to step aside and minimize distractions as San Antonio commemorates its 300th birthday,” he said.

Benavides has worked for the city for around 15 years — and it appears he'll continue. According to City Manager Sheryl Sculley, Benavides "will be reassigned within the city organization.”