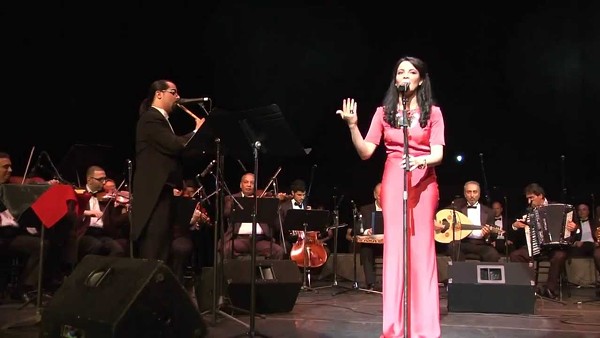 Founded by Michael Ibrahim as a student ensemble at the University of Michigan in 2009, the National Arab Orchestra soon rose to become the “nation’s leading organization for Arab music.” Synthesizing the Western and Arab traditions, the NAO is comprised of an orchestral complement of violin, cello and double bass accompanied by traditional Arab instruments that include the oud, nay and qanun.

As it has grown, the NAO has promoted diversity and educational initiatives as part of its mission, including a visit to San Antonio in January by the NAO’s smaller Takht Ensemble, which performed with YOSA during this year’s DreamWeek celebration.

Now the full ensemble brings its latest program to San Antonio: “On the Shoulders of Giants: Arab Women in Music.” The performance, which premiered in Detroit earlier this year, features prominent female Arab vocalists and artists and commemorates the contributions of women to Arab music and culture across millennia.