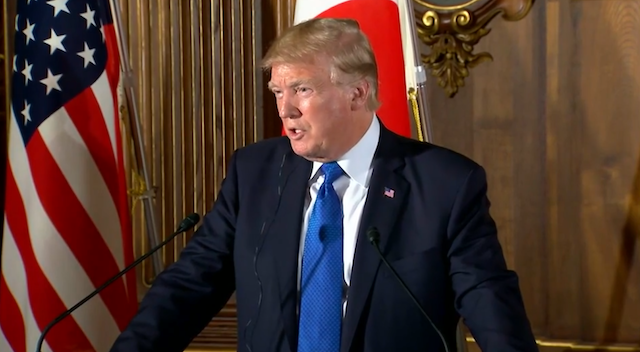 On Monday, President Donald Trump said that he believes the Sutherland Springs shooting is the result of a "mental health problem at the highest level."

When asked if he thought gun control was a solution to mass shootings, Trump responded, "This isn't a guns situation."

Indeed, it would appear it isn't a "guns situation" for Trump, who recently repealed Obama-era regulation that was meant to keep guns out of the hands of mentally ill people. There were no cameras present for the signing and it was lauded by the National Rifle Association.

“Today marks a new era for law-abiding gun owners, as we now have a president who respects and supports our right to keep and bear arms,” said NRA spokesman Chris Cox in a statement.

Since Trump has repealed that piece of legislature, a gunman injured 6 people at a congressional baseball game in June and 58 people lost their lives in the Las Vegas mass shooting in October. And that's just the tip of the iceberg.

As for Trump, currently at a press conference in Tokyo, he called the Sutherland Springs shooting a "very, very sad event... but that's the way I view it."