Trump: 'Hundreds More' Would Have Died in Sutherland Springs if U.S. Vetted Gun Buyers Like it Does Immigrants 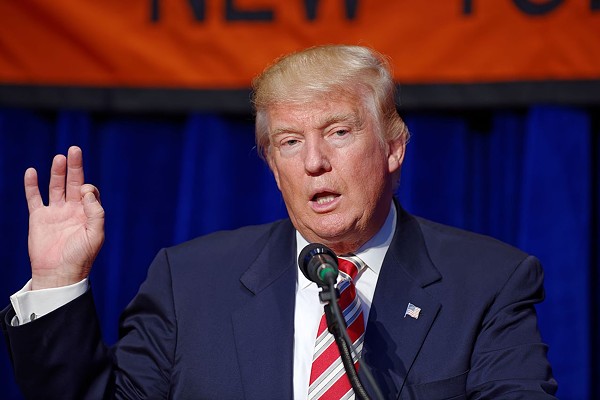 Prospective gun owners are far less dangerous than immigrants coming to the United States, according to President Donald Trump.

At a Tuesday press conference in South Korea, Trump said that if people interested in buying a gun had to go through the same "extreme vetting" process he's demanded for immigrants, more people would have died at Sunday's church shooting in Sutherland Springs.

Trump suggested that if the neighbor that shot gunman Devin Kelley (after Kelley killed 26 people inside the First Baptist Church) didn't have a gun, the story would have ended much differently.

"Instead of having 26 dead, you would've had hundreds more dead. So that's the way I feel about it. Not gonna help," he told reporters.

To clarify: Trump believes the types of laws he's repeatedly called for against immigrants — under the assumption immigrants from certain countries are terrorists — should not be used against citizens wanting to purchase semi-automatic rifles. Citizens that, after they murder dozens of innocent people, Trump refuses to call "terrorists."