Trump Now Wants Asylum Seekers to Remain in Mexico as Their Cases Are Heard in U.S. Courts 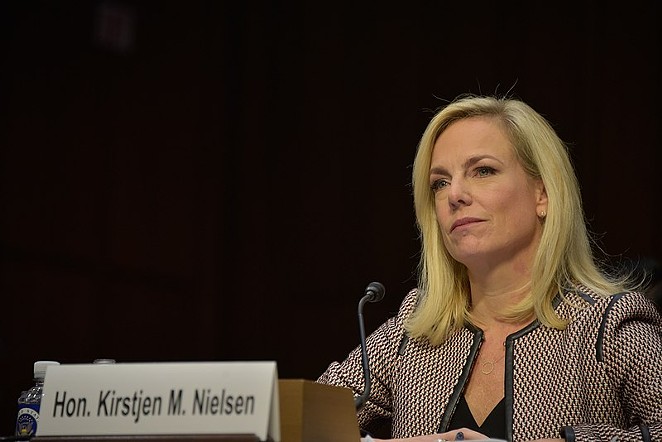 Migrants crossing the U.S.-Mexico border to seek asylum now will be forced to wait in Mexico while their claims are handled, Homeland Security Secretary Kirstjen Nielsen said Thursday.

The announcement, reported by NPR and other news organizations, is the latest roadblock the Trump administration has put up to stall legal immigration. Many of the migrants crossing the southern border for asylum are fleeing political persecution, gangs or other violence in Central America.

At present, those asylum seekers are allowed to remain inside the U.S., sometimes in detention, while they wait for immigration courts to hear their claims. The new policy would force them to wait out the process in Mexico, which can take months or even years.

Nielsen's declaration met with swift condemnation from the Congressional Hispanic Caucus, which called it the "single biggest assault to date by this Administration on the world’s most vulnerable populations."

As recently reported in the Current, Mexican border cities are already filling up with asylum seekers waiting their turns to cross the bridge. Many are camping out with inadequate food and shelter.

"[The] mechanics of how this policy will be implemented, its legal justification, and the level of humanitarian assistance given to those being forced to wait in Mexico remain unanswered," Castro added. "I have been in touch with the Mexican Embassy in the United States to understand the Mexican government’s role in this policy. History will not look favorably on today’s announcement."