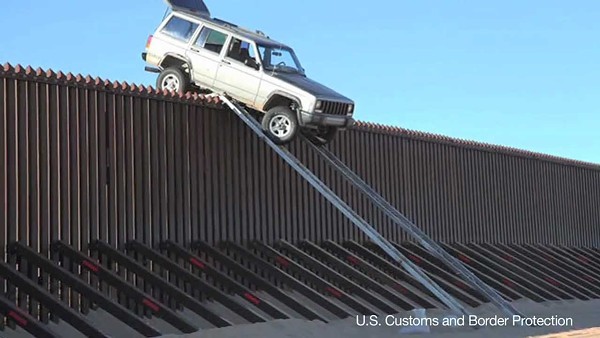 Five days after his swearing in as president, Donald Trump signed executive orders on immigration that seem to follow through with some of his bleakest campaign promises — from strong-arming Mexico into paying for a border wall to banning Muslim immigrants from entering the country (including refugees of Syria's brutal civil war) and building up a deportation force to remove some of the country's estimated 11 million undocumented immigrants.

What the Trump White House announced on Wednesday is expected to have an enormous impact on Texas, which over the past decade has already seen a buildup of federal agents, state police, fencing and walls and other barriers along its 1,250 mile border with Mexico. In addition to expediting the buildup of a border wall (which Texas members of Congress don't even really want), the Trump administration hinted at how it might try to force Mexico to chip in on its construction; one executive order Trump signed Wednesday directs agency heads to "identify and quantify" the amount of foreign aid Mexico has received over the past five years, which the Trump administration could threaten to withhold if Mexico won't play ball.

What's also notable, but not surprising, about Trump's executive action on immigration is that it expands the massive detention complex that has thrived in South Texas — and enriched private prison corporations that secured lucrative federal contracts to jail everyone from immigrants convicted of crimes to asylum-seeking women and children. Here's what White House press secretary Sean Spicer told reporters on Wednesday, according to the Texas Tribune: "We’re going to create more detention space for illegal immigrants along the southern border to make it easier and cheaper to detain them and return them to their country of origin. We’re going to end the last administration’s dangerous catch-and-release policy, which has led to the deaths of many Americans.”

Cristina Parker with Grassroots Leadership, a Texas-based nonprofit that's pushed against the buildup of private-prison run immigrant detention centers in Texas (and even went to court when state health officials tried to give one such facility a child care license last year), said this of Wednesday's executive action: "This will almost certainly mean more immigrant detention in Texas, and if the past is any indicator, we'll be putting even more people in the hands of for-profit prison companies."

Trump's orders also call for resuscitating old federal programs that many, including in law enforcement, criticized for effectively turning local police into a wing of federal immigration enforcement. Much like Texas Gov. Greg Abbott earlier this week, Trump vowed to crack down on and threatened to strip funding from any so-called "sanctuary cities" that refuse to participate in his new deportation force (his orders also call for 5,000 more border patrol officers and a tripling of immigration agents).

As Joanne Lin, who works immigration issues at the ACLU, put it to the New York Times, “They’re setting out to unleash this deportation force on steroids, and local police will be able to run wild, so we’re tremendously concerned about the impact that could have on immigrants and families across the country."