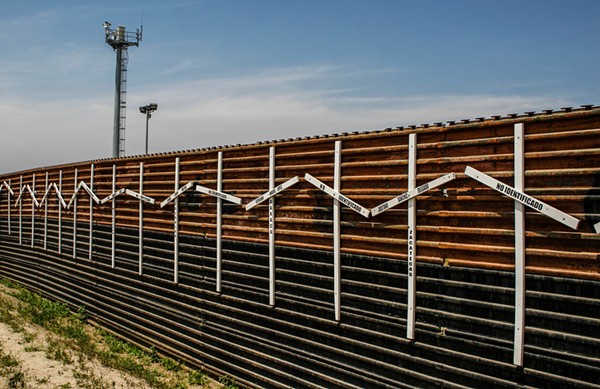 As if Texans didn't need another reason to feel violated by Trump's pinche border wall, a new peer-peer reviewed publication by University of Texas at Austin scientists catalogs the extensive damage the project would do to the state's delicate ecosystems and already endangered wildlife.

The report in Frontiers in Ecology and the Environment by researchers Tim Keitt and Norma Fowler argues that the construction of a border wall and its associated roads would degrade or completely destroy habitats along the Rio Grande Valley.

For one, construction would jeopardize the endangered ocelot, which stands to lose its habit in the Tamaulipan thornscrub. The wall itself would cut off Big Bend National Park's black bears from those in Mexico, making the park's too small to continue. Those are just two of the many threats to plant and animal species described in the report.

“We’re trying to broaden the discussion from just the mammals, namely cute furry animals, to recognize and consider the damage the barrier will do to all animals and plants,” Fowler told Sierra, the Sierra Club magazine.