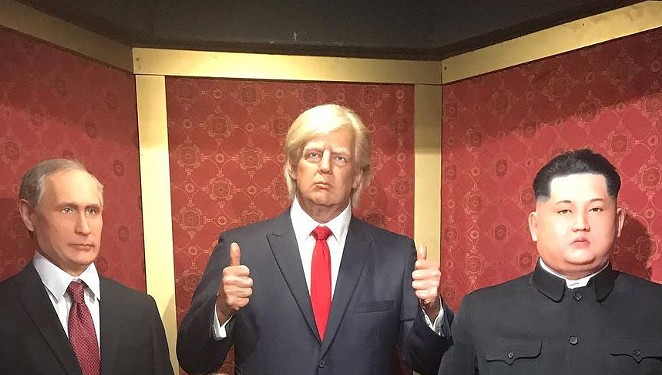 A couple of MIA famous people were among the Current's most-read stories this week, those being former President Donald Trump and Spurs Assistant Coach Becky Hammon.

Well, their likenesses, to be more precise.

Turns out the wax museum in Alamo Plaza had to put its Trump dummy in storage after too many people frustrated by four years of living under a wannabe dictator took our their frustrations with their fists. In Hammon's case, a building owner painted over a beloved mural bearing her likeness.

But that wasn't all the news that kept folks riveted. Keep scrolling and see what readers clicked on in abundance this week.