Twitter Dogpiles a Trolling Brad Parscale Over His Anti-Nirenberg Rants 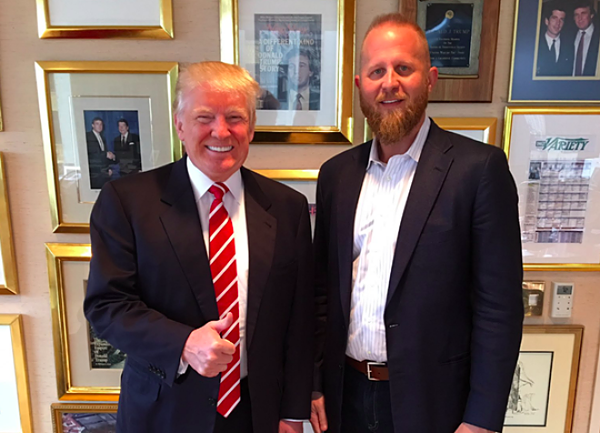 Parscale — who appears to have a running bet with convicted felon Sen. Carlos Uresti over who can become the bigger embarrassment to the city — unleashed a two-day Twitter barrage taunting Nirenberg for not aggressively pursuing the 2020 Republican Convention.

Naturally, there were plenty of tweets defending Parscale (replete with the requisite #MAGAs and predictable attacks on City Manager's Sheryl Sculley's paycheck).

But, for our money, the most entertaining responses pointed out just how closely Brad the Beard's online rants resemble those of his orange-hued boss. (Reportedly, he was one of the few people Trump let tweet on his behalf during the campaign, so there you go.) Some also brought up the ongoing investigation of the Trump campaign's ties to Russia, which Brad, of course, has vehemently denied.

And before anyone gets too worked up over the cheap shots in the samples that follow, consider the maturity level of the original tweets, which bear more resemblance to junior high mine's-longer-than-yours taunts than serious political discourse.

Just in. Weak-kneed @realDonaldTrump at Fox News admitting to lies and getting in a barrel. He just buckles under the stress. #GoingToPrison pic.twitter.com/lt2vNNIV4a

And Trump is actually paying you?

Brad @Parscale is in full-diversion mode this morning, right after Trump goes mental on Fox & Friends.

Is that all you Trump cronies have, name calling? *That's* weak! When you have nothing of substance to say, you call names. Sad! pic.twitter.com/LiU9HdkOKK

The Good the Brad &The Ugly

Found my finger at the end of my whatever Parscale

Just in. Brad still has a #micropenis

Good thing they have weights in prison. 🖕🇷🇺