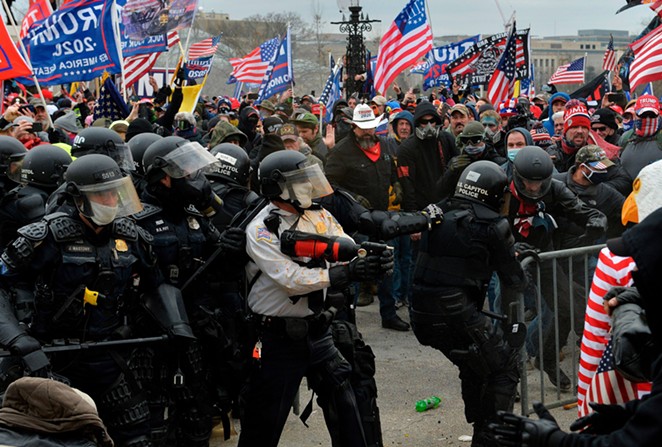 A self-described lifestyle coach from Kerrville and her boyfriend were arrested last week on federal charges they entered the U.S. Capitol building during the January 6 insurrection, Houston Public Media reports.

"Stormed the Capitol. Pray for us all," she posted on Facebook, according to the report. "This is OUR HOUSE!"

On her personal website, Williams touts herself as a lifestyle coach and "seasoned educator in the area of essential oils, natural supplements, exercise and conscious food sourcing."

The FBI charged the pair with entering a restricted building, disorderly conduct and obstruction of an official proceeding, according to Houston Public Media.

So far, more than 30 Texans have been arrested on charges of participating in the deadly January 6 riot, including a handful from the San Antonio area.