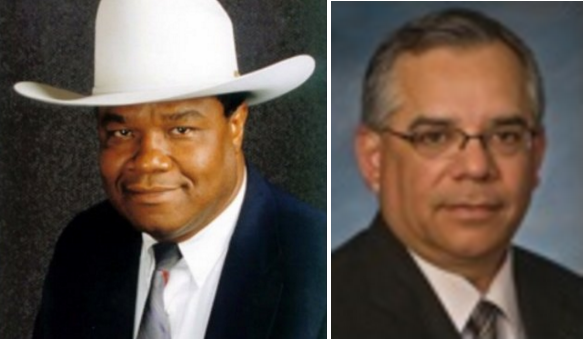 Following the revelations of wide-spread agency corruption and irresponsible spending, two more big-wigs at the Texas Alcoholic Beverage Commission announced on Thursday they're leaving the agency.

The latest to go include TABC chief of enforcement, Earl Pearson, and head of internal affairs, Andy Peña. They join three other agency leaders who have stepped down so far this year: executive director Sherry Cook who left in May, Commissioner Steven Weinberg, and the organization's top lawyer, Emily Helm.

TABC's housecleaning began earlier this year after investigations by the Texas Tribune showed that the department had spent $85,000 in taxpayer money on out-of-state travel since 2011, gave all-expense-paid cars to top officials, and shirked it's own rules — by selling alcohol without obtaining a permit —during TABC's swanky conference of state liquor administrators in California.

More probing found that during this conference and others, top TABC officials were receiving "hazardous duty pay," an increased paycheck usually given to state employees doing risky stuff — not just schmoozing with fellow booze officials. In response, the Texas Legislature blocked the agency from any "non-essential" out-of-state travel for the next two years.

Yet the department continues to unravel. Just last week, a lawsuit brought by Houston-based Spec’s Wines, Spirits & Finer Foods showed that the TABC threatened to effectively kill the company with a $713 million fine and pulling their permit, for unclear reasons. After eight days of hearings and a multi-year prosecution, a panel of Texas administrative law judges could find only one reason why the TABC had hit the the company with such an outrageous penalty— because they were a couple days late in paying an invoice to one wine supplier. At most, according to the judges in the case, this kind of blunder should have stuck Spec's with a simple warning, and no fines.

During his ten-year tenure at TABC, Peña led any in-house investigations against department employees. His alleged record of shielding top officials from punishment, including executive director Cook, stuck him with the nickname "Captain Cover-Up," according to the Tribune.

The agency is expected to quickly find a replacement for the growing number vacant positions.