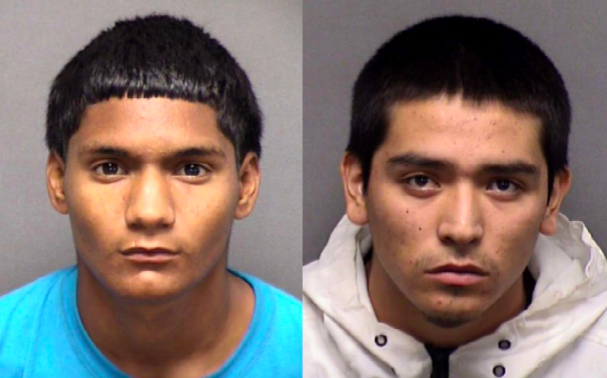 A pair of men are in police custody after a young girl accused them of drugging and raping her earlier this year.

According to a report from the Express-News, a 12-year-old girl told authorities that on April 15 she went with a 17-year-old friend to an apartment where she met several men. Inside the apartment, she was given marijuana and psychedelic mushrooms.

The girl told police that she suspected the drugs were laced with another substance, due to her feeling "out of it."

The victim said she later realized her friend had left the apartment and that she was alone with the four men. The girl said they began touching her underneath her clothing and asked her to engage in group sex.

The victim said she told the men she was only 12, but they told her she was lying and was actually 16. The girl, who notified police of the alleged crime in November, said she remembers that the men began touching her before she lost consciousness.

Two of those individuals have been identified as Xavier Moreno Cardoza, 18, and Delfino Rojas Jr., 20. Cardoza reportedly admitted to touching and kissing the victim, leaving hickeys on her neck and taking pictures and videos of her while in bed. Rojas, who reportedly brought the marijuana to the apartment, told police he touched the victim underneath her clothing and attempted to have sex with her.

Cardoza reportedly described the assault to Rojas the next day, at which point he claimed that he had caught a sexually transmitted disease from the victim.

Cardoza has since been charged with aggravated assault of a child and is being held on a $50,000 bond, while Rojas faces an indecency with a child charge and a $10,000 bond.

Information about the arrests of the other two men is not known at this time.