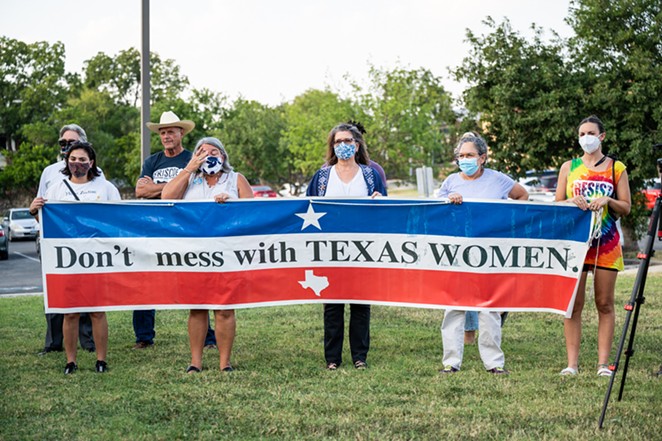 The San Antonio physician who performed an abortion in violation of Texas' near-total ban on the procedure to force a legal challenge to the law has at least two takers.

A felon serving a federal sentence at home in Arkansas and a disbarred Chicago attorney have separately sued Dr. Alan Braid, the OB/GYN who performed the procedure, according to news reports. Neither appears to have connection to the abortion in question.

Braid announced that he'd performed the abortion via a weekend op-ed in the Washington Post, saying he wanted to force a test of the "extreme" law's constitutionality.

The Arkansas man, a former attorney sentenced to a 15-year sentence for a 2010 tax fraud conviction, told the Washington Post he's not opposed to abortion but wanted to accelerate judicial review of the Texas law, which offers $10,000 bounties to private citizens who sue anyone who helps a woman obtain an abortion after six weeks of pregnancy.

“If the law is no good, why should we have to go through a long, drawn-out process to find out if it’s garbage?” the plaintiff, Oscar Stilley, told the Post.

The second suit was filed by Felipe N. Gomez, an attorney disbarred in Illinois after other lawyers accused him of sending harassing and threatening correspondence, according to a KSAT report.

In his filing, Gomez identifies himself as a “Pro Choice plaintiff” and argues that the judge should find the law unconstitutional.

Antiabortion group Texas Right to Life disavowed the lawsuits in a statement to the Post as “self-serving legal stunts.”