Tyler Perry Leaves $500 Tip for Restaurant Server in the Pearl 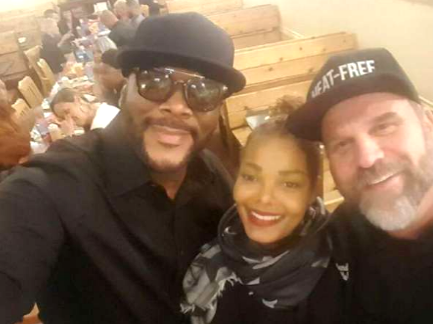 How many people can say they’ve gotten to experience the generosity of a Hollywood celebrity firsthand? For Nicole Tijerina, a server at the Pearl's Green Vegetarian Cuisine, this experience was part of her shift on Monday.


The prominent actor and filmmaker Tyler Perry was spotted having lunch with pop-star Janet Jackson when he decided to leave a tip of $500 on a $27 check. Both Tijerina and her husband, Luis Cantu, were floored at Perry’s generosity.


“My beautiful wife was blessed at work today,” Cantu explains in a Facebook post. “She served Tyler Perry and he gave her an awesome tip...He didn’t have to [do] that but for some reason out of the kindness of his heart he did.”


Although both Tijerina and Cantu did not expect to be on the receiving end of such a generous action, they are both grateful.


“It couldn’t have came at a better time,” Cantu wrote.